Modi is dictator in the garb of democrat : P. Chidambaram 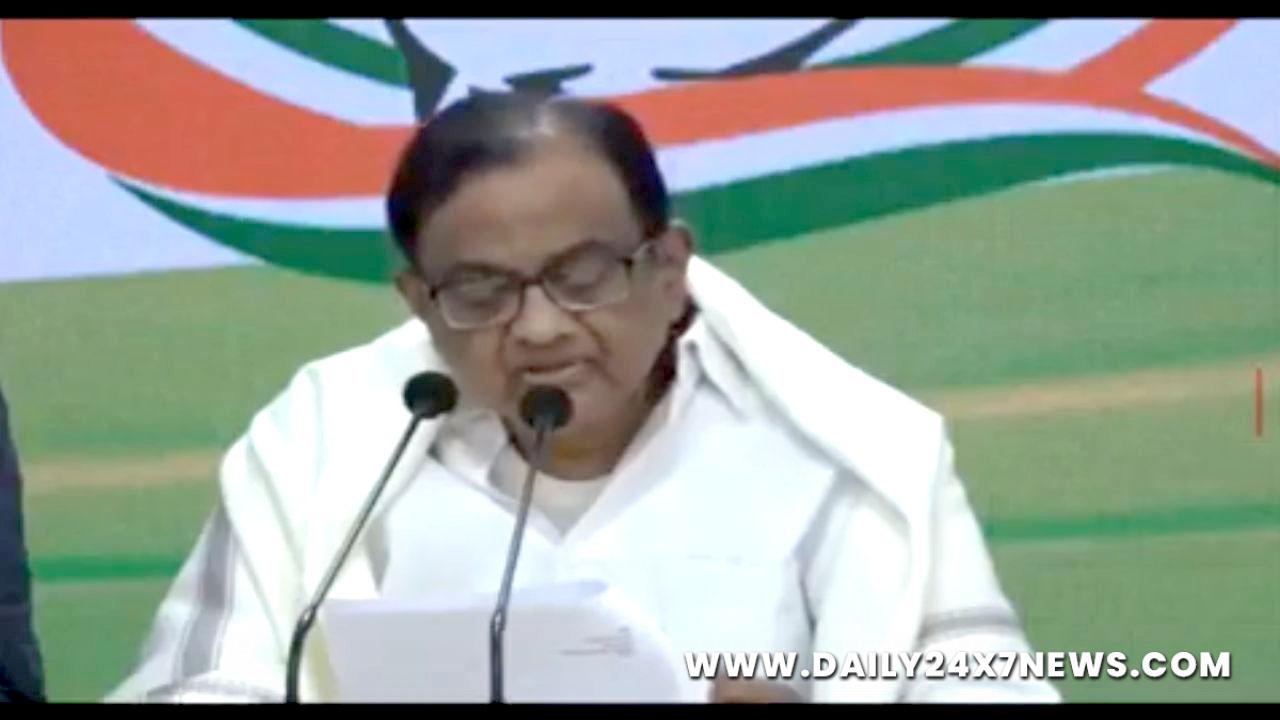 Panaji : Prime Minister Narendra Modi is a dictator in the garb of a democrat, former Union Finance Minister P. Chidambaram said on Friday, even as the senior Congress leader said that the success of the farmers’ protests had shown the way to ensure that the Centre mends it ways by defeating the BJP in elections.Addressing a press conference in Panaji, Chidambaram also said that the farm laws had been hastily withdrawn by Modi on Friday morning, fearing losses in the upcoming elections in five states early next year.”Modi is Modi. He behaves like a dictator in the garb of a democrat. Hitler behaved like a dictator in the garb of a dictator. The only difference is Modi is a dictator in the garb of a democrat,” Chidambaram said, while responding to a question from a media person during a press conference in Panaji.Chidambaram also said that just the way the prices of fuel were reduced after the BJP faced electoral setbacks in the recently concluded bypolls, the rollback on farm laws was linked to the fear of losses in the upcoming polls.”Remember three weeks ago, when the byelection results came and the BJP suffered a massive defeat in HP and lost badly in several other seats, including Karnataka and Rajasthan, the official results came in the morning of the day and by 3 p.m. they announced the reduction in the prices of petrol and diesel,” he said.”That kind of a stubborn government has today announced the withdrawal of farm laws means that they are losing the next round of elections.

This is a lesson for the people. This government does not fear democracy, this government does not fear Parliament. It only fears a loss in elections. If you want this government to mend its ways, the best thing the people of India can do is to defeat it at every election,” Chidambaram said.He also said that the Central government does not believe in consultation or debate, but pushes through its own agenda without discussion.”This is the pattern of this government, it does not believe in consultation. It does not believe in discussion, it does not believe in parliamentary debate. The last parliament session was washed out because it refused to debate the farm laws and refused to debate (rising) prices. They did not call the farmers to any meaningful talks and when the farmers came they told them we have nothing to offer…” the former Union Minister said.Chidambaram, who is the All India Congress Committee’s senior observer for the Goa polls, also said that the roll back in farm laws would also impact the elections in the coastal state.”It will have an impact in Goa and I am sure that the people in Goa will realise that the only way you can mend this government is to create an opportunity to change the government. You do not have to defeat this policy or that policy, you can defeat the BJP once and for all. I hope the people of Goa will realise and vote accordingly. That’s the only way for the BJP to mend its ways is to deliver a defeat in every election,” he said.