Committee on Peace and Harmony, led by MLA Raghav Chadha issues summons to actress Kangana Ranaut to appear before the Committee 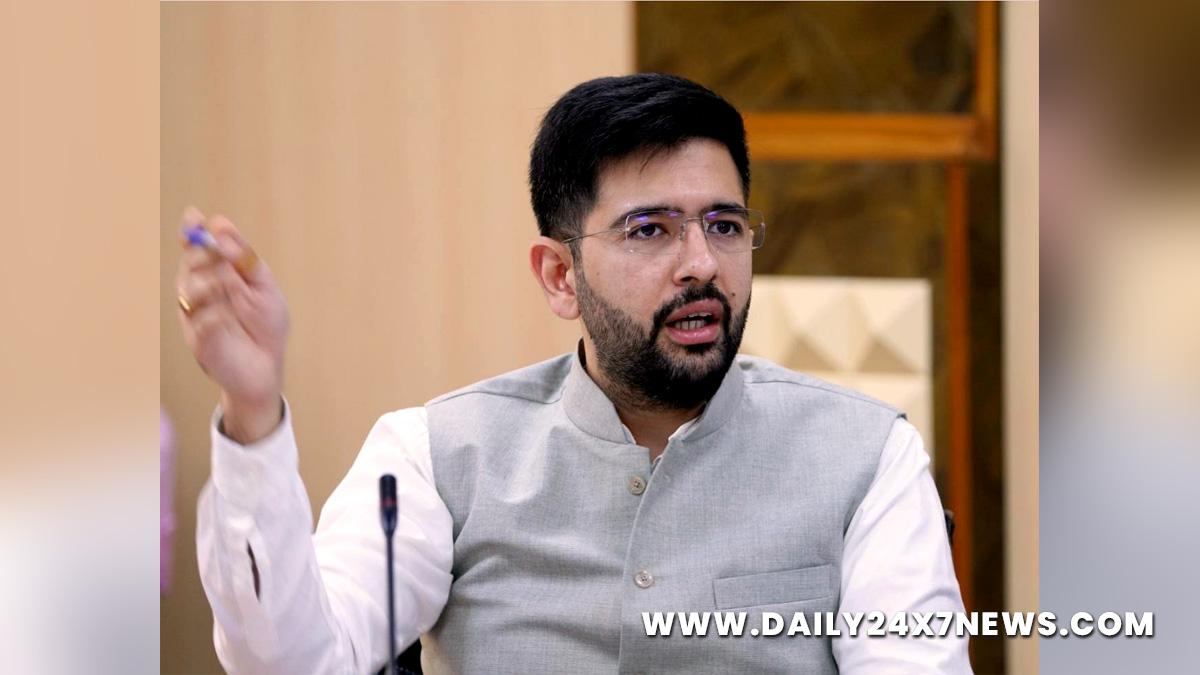 Chandiagr/New Delhi : The Delhi Legislative Assembly’s Committee on Peace and Harmony has maintained a staunch stand against communal disharmony and hatred and is working towards mitigating any instances of potential damage to peace under the chairmanship of MLA Shri Raghav Chadha. The Committee has received multiple complaints eliciting outrageously offensive and derogatory Instagram stories/posts allegedly published by Ms. Kangana Ranaut, the film actress, on her official Instagram Account namely @kanganaranaut. According to the complainants, the stories published by Ms. Kangana Ranaut on her Instagram Account which has a massive reach and is being followed by around 80 Lacs of people worldwide, specifically illustrates the instances which hurts the religious sentiments of Sikh Community and has a tendency to disturb the peace and harmony of the society.Significantly, the complaints states that Ms. Kangana Ranaut has allegedly labelled the Sikh Community as ‘Khalistani Terrorists’ which has led to unbearable humiliation for people from Sikh Community but has also led to apprehensions regarding their safety, life and liberty in their minds. The Complaint mentions that on 20.11.2021, Ms. Kangana Ranaut had posted a story which read as ‘‘Khalistani terrorists may be arm twisting the government today….

But let’s not forget one woman…The only woman prime minister ne inn ko apni jooti ke neeche crush kiya tha…..No matter how much suffering she caused to this nation… she crushed them like mosquitos at the cost of her own life …. Lekin desh ke tukde nahi hone diye.… even after decades of her death… aaj bhi uske naam se kampte hain yeh…. Inko vaisa he guru chahiye….’According to the complainants, these statements purportedly posted by Ms. Kangana Ranaut has caused immense agony, distress and gravely hurt the religious sentiments of the people from Sikh Community, thus potentially leading to a situation of disruption of peace and harmony in the NCT of Delhi by allegedly disrespecting the entire community and purportedly instigating threats to the life and liberty of the people from the aforesaid community. As per one of the Complainant, he was also called out as a ‘Khalistani’ in the broad daylight which was not only shocking to him but also raised legitimate apprehensions in his mind and heart regarding the safety of his family and himself. Appositely, through the Complaints addressed to the Committee and its Chairman Sh. Raghav Chadha, the Complainants have implored the Committee to take immediate note of the issue.

Pursuantly, after vetting the complaints and deliberating on the issues raised, the Committee on Peace and Harmony took prompt cognizance of the grievances elicited by the complainants. Given the gravity and the importance of all these issues in the NCT of Delhi, the committee on “Peace and Harmony” under the Chairmanship of MLA Sh. Raghav Chadha has summoned Ms. Kangana Ranaut to appear before the Committee so as to deliberate on the present issue in a more comprehensive and coherent manner. The Summons were issued and she has been called to appear on 06.12.2021 at 12 P.M. Significantly, the Committee on Peace and Harmony is duly empowered to consider the factors and situations which have the potential to disturb communal harmony in the National Capital Territory of Delhi and suggest measures to eliminate such factors and deal with such situations so as to establish harmony among different religious or linguistic communities or social groups. The same has been acknowledged and endorsed by the Supreme Court of India as it has upheld the inquisitorial and recommendatory powers of the Committee which can be utilised under the principle of better governance. The Supreme Court vide its judgment in Ajit Mohan & Ors. vs. Legislative Assembly of Delhi & Ors wherein the Supreme Court has observed that the capital of the country cannot afford any episode of communal violence and thus the concerns of the Committee regarding restoration of peace and formulating preventive measures through examining various issues were neither illegitimate nor misconceived.