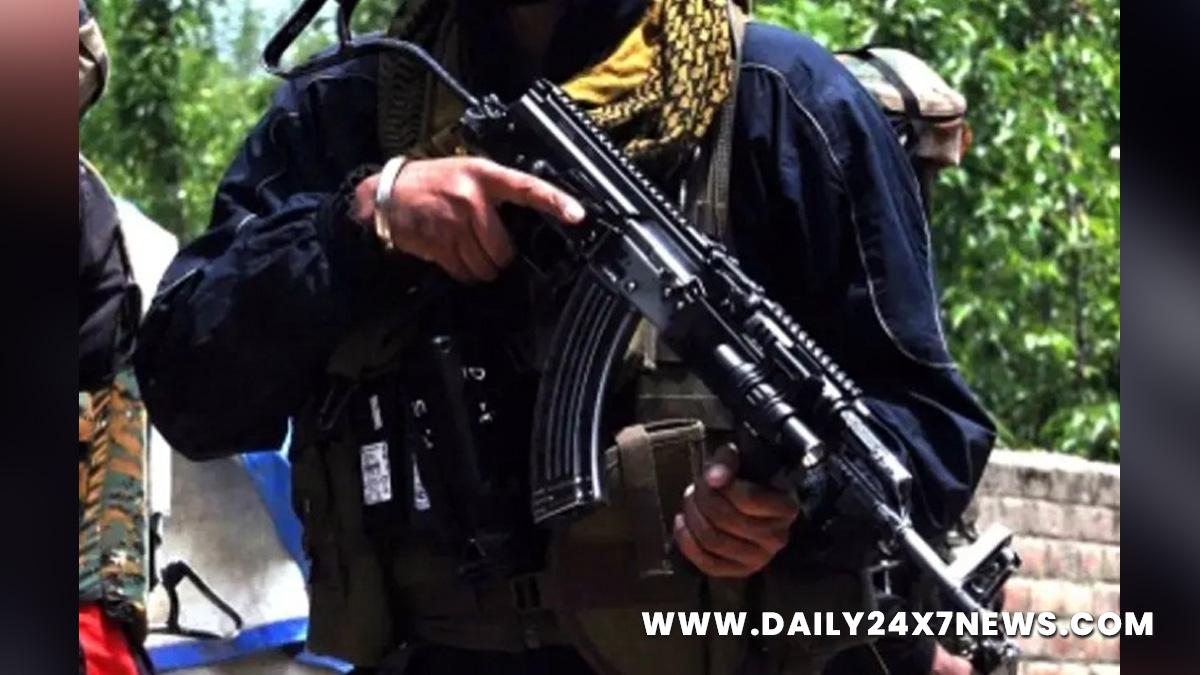 New Delhi/Srinagar : On an election campaign trail, when I visited Sogam — the capital of the Kupwara district’s picturesque Lolab valley and the residential village of the then Minister of Law Mushatq Ahmad Lone, 110 km from Srinagar–on 8 September 2002, an all-pervading sense of fear was writ large on every civilian face. Nobody uttered a word when I enquired about the prospects of peoples’ participation in the elections.One of the residents pointed to the five posters scribbled in Urdu and pasted on the wooden shutters of a shop, barely 100 metres short of the National Conference Minister’s house. With purported signatures and stamps of five jihadist organisations, the hand bills warned death to anybody participating in the elections. The ‘commanders’ had decreed that a democratic exercise was ‘prohibited in Islam’. In my report for a Jammu newspaper, I published that anything–catastrophic–was possible in Lolab.Three days later, on Wednesday, September 11, 2002, the NC’s MLA and candidate for his third consecutive Assembly election, Mushtaq Lone, who had also served as Minister of State for Home, was gunned down along with one security guard and four other Police personnel and a civilian at a public meeting.A caller, who identified himself as Mohammad Shakeel, the spokesman of Lashkar-e-Tayyiba (LeT), told a local news agency over telephone that the attack had been carried out by his organisation and led by a 15-year-old militant Abu Veqas. An identical claim poured from Al-Aarifeen Squad.On the previous Friday, an independent candidate, Abdul Rehman Sheikh, had been shot dead in the same district’s Handwara segment. Jamiat-ul-Mujahideen had set the deadline of September 10 for all candidates to withdraw from the poll race or face consequences.Even as the election in Lolab was countermanded, Mushtaq Lone’s contractor-brother, Mohiuddin Lone, who was among the first four militants who laid down arms and engaged in talks with the then Union Home Minister Shankarrao Chavan, was shot dead close to his home on December 5, 2002.

In the previous year, 2001, on June 23, Union Minister of Commerce Omar Abdullah, accompanied by State Minister Mushtaq Lone, had a narrow escape when the militants from the nearby Sheikhnar forest targeted their helicopter while landing in Sogam. The alert pilot quickly took the helicopter out of the militants’ firing range and diverted to Kupwara where the Ministers addressed a small gathering.Before Omar’s landing back in Srinagar, the LeT spokesman Abdullah Gaznavi called me to record his statement. “Your friend (Omar) had a providential escape today. Had he landed, he would have gone. But rest assured, next time we will have him,” Gaznavi said. Omar, as well as the then SSP Kupwara, Ghulam Mohammad Dar, confirmed the militants’ ambush and firing when I shared with them Gaznavi’s claim.Some residents claim that the militants also fired rockets towards the Union Defence Minister George Fernandez’s helicopter when he arrived in after Mushtaq Lone’s killing in September 2002.Sitting on the centre of a 5 km x 26 km valley, Sogam remained infested with militants–mostly foreigners from Tajikistan, Uzbekistan, Chechnya, Afghanistan and Pakistan–from 1990 to 2003. Their codename for Lolab was ‘University’. The maximum bloodshed occurred in the years from 1996 to 2002, when the Taliban ruled Afghanistan and Masood Azhar launched Jaish-e-Mohammad after Pakistan’s retreat in Kargil.According to one investigation, one of Mushtaq Lone’s assassins, who later got killed in a suicide attack on Police in the Kupwara town, used to stay as a Special Police Officer at the Police Station of Sogam.”Notwithstanding a thick military concentration, it was like a completely liberated zone. Nobody would dare to act or speak against the militants. All those who did were killed. Today, it is a totally different situation. There’s no fear but most of us avoid speaking out to media on record. We fear, after consolidating their gains in Afghanistan, Pakistan could divert them to Kashmir and they would start a fresh spell of bloodshed here,” a 65-year-old shopkeeper shared his nightmarish memories when I visited Sogam after 19 years on Friday, October 1.

A 38-year-old IAS officer said that the militants in the Sogam belt lost their public support completely mainly due to the brutal civilian killings, followed by introduction of mobile phone after 2003.”The situation is a little different in Lalpora area where militants and separatists still enjoy a degree of the support,” he added quickly. Senior Jamaat-e-Islami leader Ashraf Sehrai, who is believed to be among the founders of Hizbul Mujahideen, as also Manan Wani, the Aligarh Muslim University’s Ph.D scholar-turned-militant, were from Lalpora area.Sehrai, who succeeded hardliner Syed Ali Shah Geelani as Chairman of the pro-Pakistan faction of the Hurriyat Conference, died early this year after contracting Covid-19 at a jail in Jammu early this year. Manan Wani got killed in an encounter with security forces in Shatgund Handwara in October 2018.Mushtaq Lone’s assassination was preceded by a trail of killings in Sogam. Residents remember when two Kashmiri Pandits Ratan Lal and Prudman Krishen Bhat were killed respectively in March and April 1990. A 70-year-old businessman recollected how a Pandit woman was shot dead at her home. Years later, it was followed by the murder of a local photographer ‘Gasha Batta’, another Pandit.Despite a chain of such killings, some Pandits like Rita stayed put at Lalpora where a large number of her fellow villagers participated in the marriage ceremony of her daughter.A poor Muslim shepherd was labelled as Army’s informer and hanged to death against a mulberry tree in Sogam. A woman from Habbakadal, Srinagar, who was in the 8th month of her pregnancy, and a local barber Nisar Ahmad Hajam, were beheaded over the same unsubstantiated allegation.One cold blooded murder was committed at the entrance of Sogam’s Jamia Masjid. Three gunmen with boots entered the mosque when the residents were performing their late evening prayers. They caught hold of a civilian, Nazir Ahmad Mir, labelled him as an informer of the Army and dragged him out. One of the terrorists held him by his legs, another by head and yet another chopped off his head with butcher’s mutton cleaver. They left back the torso and left with the man’s severed head.

The year 2010 IAS topper Shah Faesal’s father Ghulam Rasool Shah was shot dead at his home in the same village in 2002 when he refused shelter to some foreign terrorists and, according to some residents, objected to a commander’s offer of a handshake to a woman.Prominent businessman Haji Ghulam Hassan Shah and journalist Sajid Yusuf Shah’s mother and uncle were also shot dead in the same village. Journalist Asiya Jeelani was killed while her associate, human rights activist Khuram Parvez’s leg was amputated after an Improvised Explosive Device hit their vehicle at Chandigam, short of Sogam, in 2004.According to the residents, the terrorists killed around 50 civilians of Sogam from 1990 to 2003 while an equal number of the militants were also killed by security forces. The militants and their accomplices torched about 50 houses of the displaced Pandits. The security forces too set on fire a number of the militants’ houses. “In the last 17 years, we have enjoyed peace. We wish Lolab-the valley Iqbal praised for its beauty in his poets-never again becomes a university of terror,” said a retired school teacher.