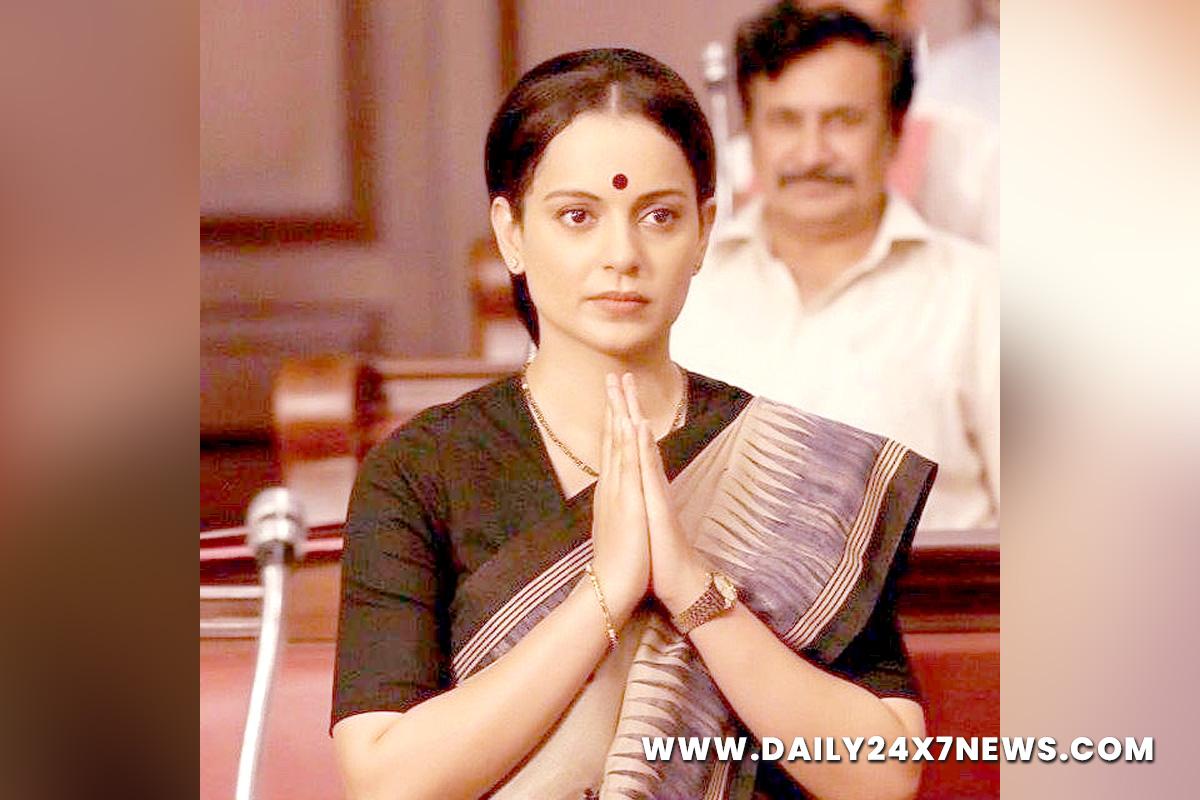 Mumbai : Actress Kangana Ranaut shared her parents’ reaction after they watched her forthcoming film ‘Thalaivii’.Sharing a picture of her parents on Instagram Story, the actress posted how they reacted as the couple was seen doing the iconic ‘V’ finger gesture as they posed for the shutterbugs.The actress wrote: “Mummy papa after watching the film #Thalaivii… said congratulations for 5th National Award (medal emoji).”Kangana on Thursday morning shared a still from the film, a biopic based on the life of late Tamil Nadu Chief Minister and former actress J. Jayalalithaa, which will be released in Hindi, Tamil and Telugu.Alongside the picture, she wrote: “Two years ago, I embarked on a journey to play one of India’s most iconic women on screen.

There were many obstacles and challenges in our way, but what kept me and my team going was the passion for Jaya Amma and Cinema.””This Friday, our film will finally reach its audience, do give it a chance in a theatre near you. I am already overwhelmed by the glorious reviews for the film and simply can’t wait for the public to see the film.”The film showcases the varied aspects of Jayalalithaa’s life, tracing her journey as an actress at a young age to becoming the face of Tamil cinema, as well as the rise of the revolutionary leader who changed the course of the state’s politics.It is set to release in cinemas on September 10.

I’m a little shy about calling myself a star : Bhumi Pednekar

Want Jhulan Goswami to be at her peak when the World Cup starts: Ramesh Powar

Important that one of the top-order batters bats through the innings: Mithali Raj