Javelin will become as popular as cricket bat : Anurag Thakur 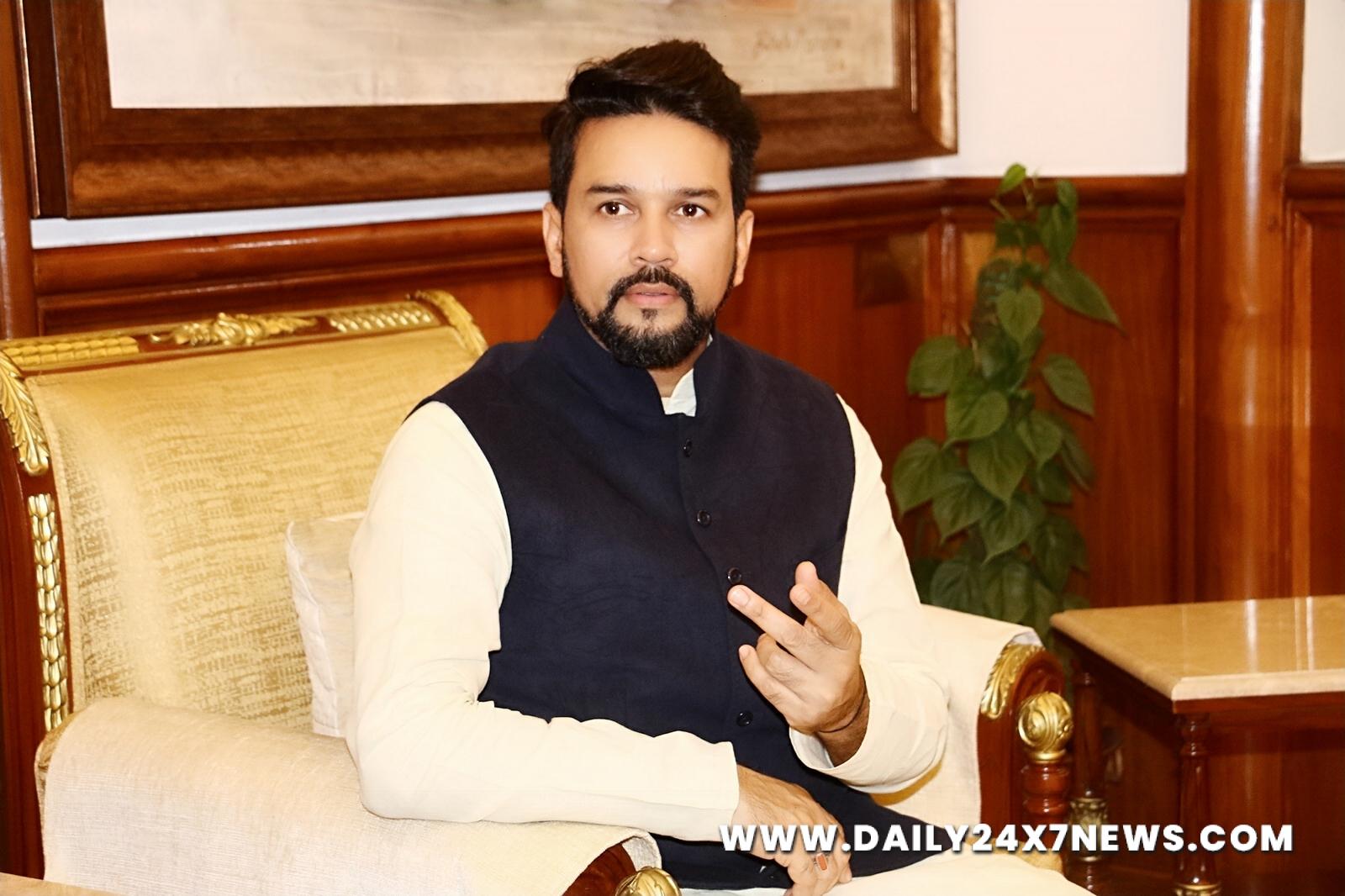 New Delhi : Union Sports Minister Anurag Thakur on Friday felicitated four Paralympic Games medallists — including javelin throw F64 gold medallist Sumit Antil — who returned from Tokyo late on Thursday night.While addressing a small gathering here, the Minister also expressed hope that the javelin will become as popular as the cricket bat in India. Thakur was referring to the four javelin throw medals won by Indians in the Paralympic Games soon after Neeraj Chopra’s historic gold medal in the Olympics.”I hope javelin in India will now become as famous as a cricket bat,” he said. The athletes who were also present were Devendra Jhajharia (Javelin Throw F46 Silver Medal), Yogesh Kathuniya (Discus Throw F56 Silver Medal) and Sharad Kumar (High Jump T63 Bronze medal).”On National Sports Day, India clinched four medals and there can’t be a better tribute than this to Major Dhyan Chand ji. There is a lot of hard work by the athletes combined with the support given by the Government to the National Sports Federation and athletes. Prime Minister Narendra Modi Ji’s encouragement has been a driving force,” Thakur said.

“Government will improve the sports ecosystem in the country and through schemes like TOPS, it will keep supporting the athletes (both core and development) in an unprecedented way,” he said.Minister of State, Youth Affairs and Sports, Nisith Pramanik and ministry officials were also present on the occasion.Jhajharia and Sharad Kumar spoke of the support provided by the Government in their Paralympic Games campaign. “In the last four years, the Government has supported us in a great way. PM Modi Ji’s interaction with us also boosted our morale and we felt motivated this time,” Jhajharia said.”This was a very difficult Paralympics because we did not know whether the Games would happen or not. We are very happy that the Government adopted us and offered us great support through the Target Olympic Podium Scheme. The Government is working tirelessly to support us and all our sports-centric and reasonable requests are being approved quickly,” Sharad said.”The Prime Minister’s call to every athlete after their respective events is also unprecedented and many of our international contemporary competitors are in awe of such a gesture,” he added.

Household items going up for sale on roadsides in Afghanistan