Government's efforts for empowerment of all sections have shown results on ground: Mukhtar Abbas Naqvi 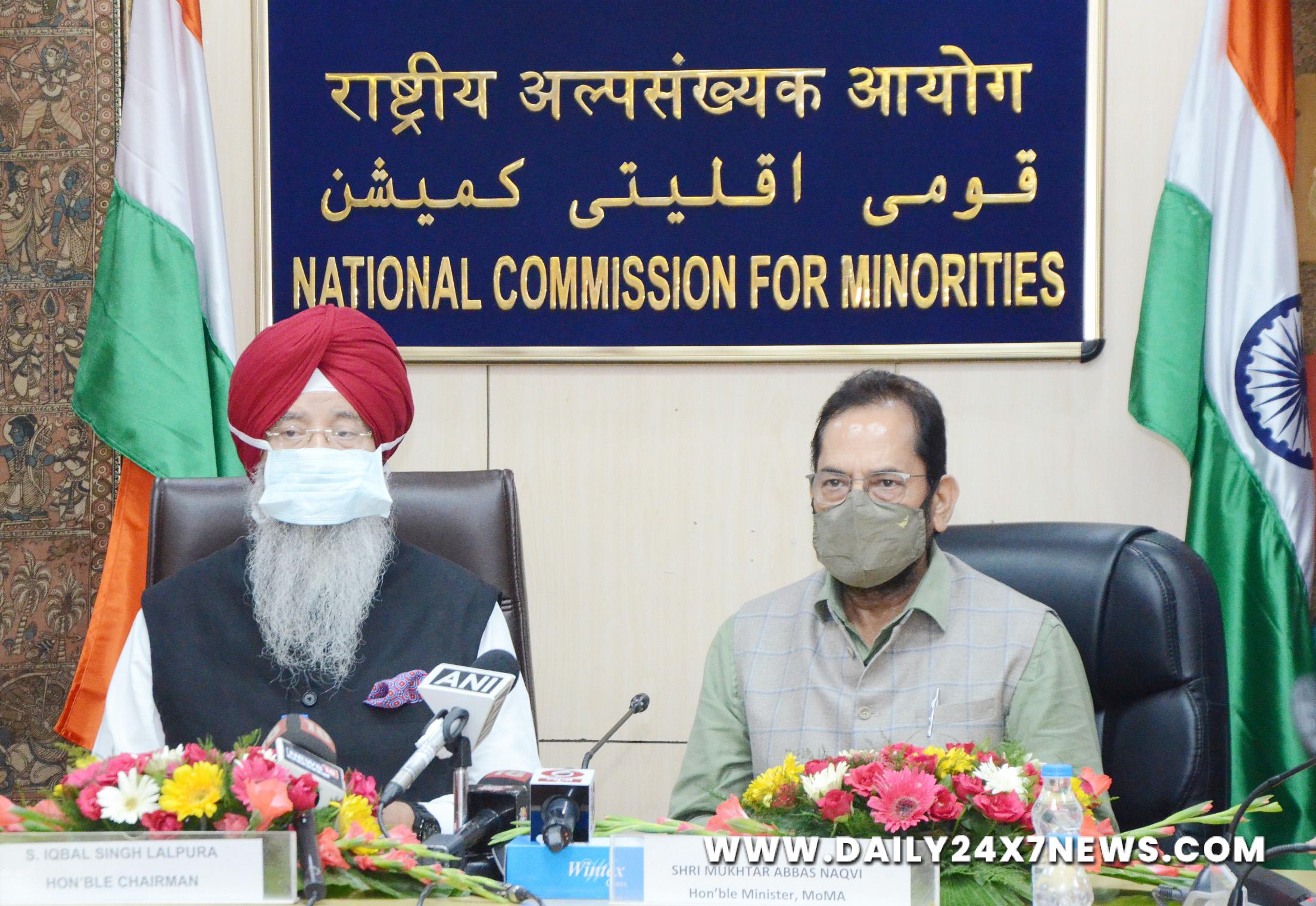 New Delhi : Iqbal Singh Lalpura took charge as the Chairman, National Commission for Minorities in the presence of Union Minister for Minority Affairs Shri Mukhtar Abbas Naqvi in New Delhi today. Speaking on the occasion Shri Naqvi extended his best wishes to Sardar Iqbal Singh Lalpura in his new responsibility and said that his vast experience in administration, social and literary fields will be helpful in strengthening the Prime Minister Shri Narendra Modi’s commitment to “Sabka Sath, Sabka Vikas, Sabka Vishwas, Sabka Prayas”.He said that the Government’s efforts for empowerment of all sections have shown results on ground. Shri Naqvi said that the Government has ensured justice to the victims of 1984 riots by constituting an SIT. The Minister stated that the long-pending demand of Kartarpur Corridor has been fulfilled and the Government has also decided to start the “Gurudwara Circuit Train” that will take passengers on a pilgrimage across the country.Mr Lalpura said that the Prime Minister has given him an opportunity to serve the people and he would try his best to serve the society.

Covid has still got a ‘long, long way’ to go: WHO Special Envoy