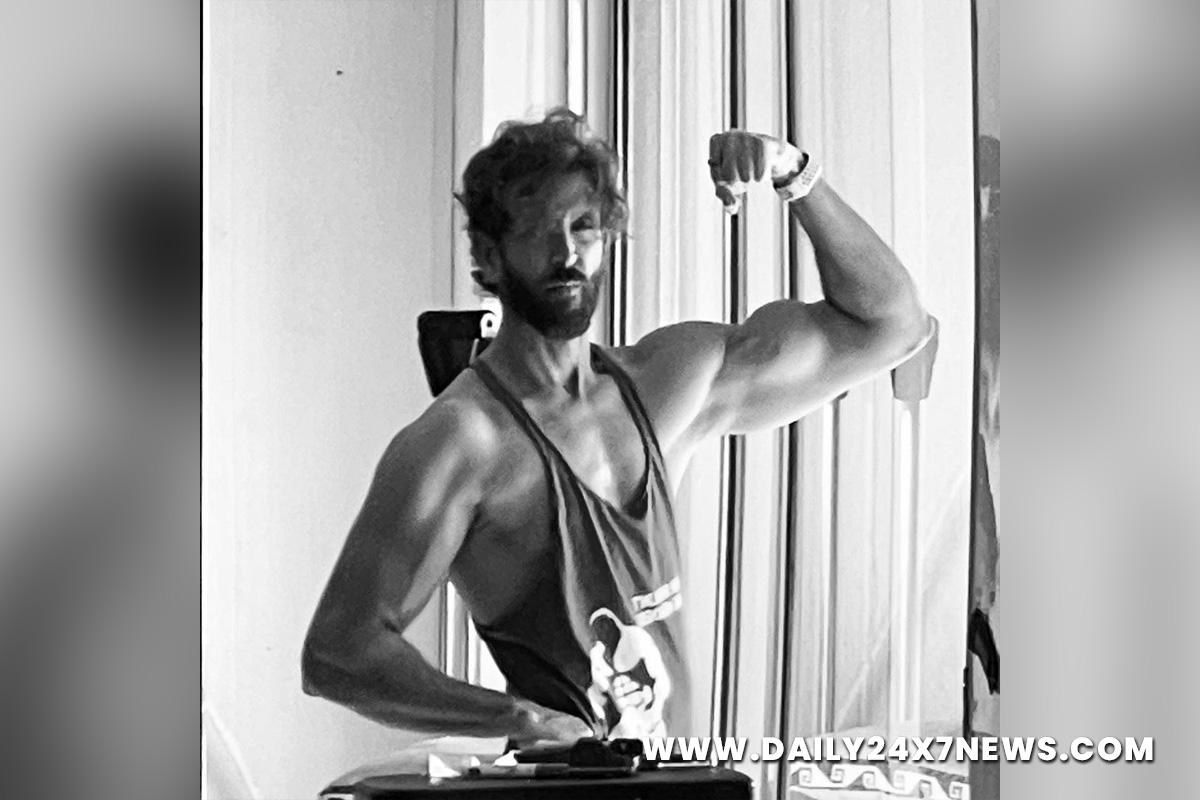 Mumbai : Bollywood star Hrithik Roshan’s latest picture has sent social media into a tizzy as he is seen flaunting his pumped up “Bollywood biceps”.The actor’s name is currently trending on Twitter courtesy the black and white picture he has shared on Instagram on Monday. In the image, the ‘War’ actor is seen wearing a loose vest and flashing his biceps for the camera.The 47-year-old actor, who is fondly called as the ‘Greek God of Bollywood’ thanks to his good features, is sporting a rugged beard and messy hair in the picture.

Kiran Mane claims he was removed from ‘Mulgi…

“Bolo bollywood bicep ki jai,” he wrote as the caption for the photograph, which in just two hours has garnered 1.3 million likes on the photo-sharing website.Hrithik is currently prepping for his next ‘Fighter’ which also stars Deepika Padukone.’Fighter’ will be India’s first-ever aerial action genre film.Directed by Siddharth Anand, the film will be shot using the latest technology and filming techniques, and at locations across the world.’Fighter’ is slated for release in 2022.

Favourite member of the ‘Bigg Boss’ family: KJo on Sidharth