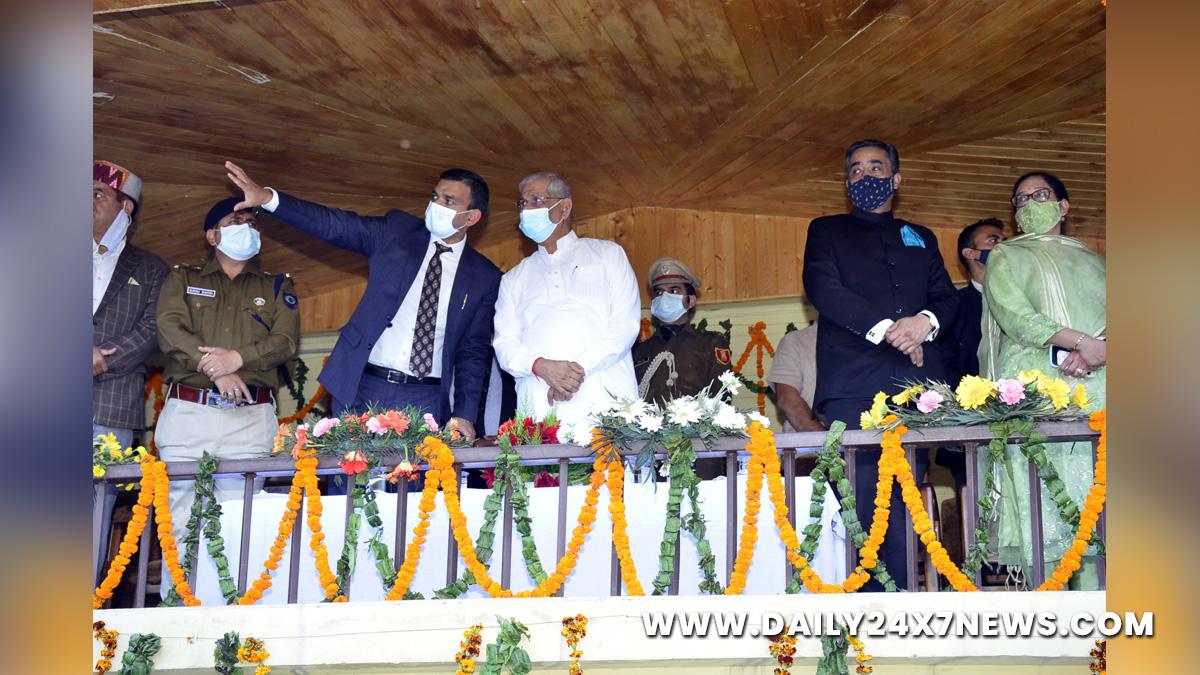 Shimla : The week-long international Kullu Dussehra festival commenced with traditional fervour at Dhalpur ground today. Governor Rajendra Vishwanath Arlekar inaugurated the festival by participating in the Rathyatra of Lord Raghunath. Justice Sandeep Sharma, Judge of Himachal Pradesh High Court was also present on the occasion.The Governor felicitated the people of the State on the auspicious occasion of Dussehra, which symbolizes victory of the truth over evil.

He said that the culture of Himachal Pradesh was unique and had a distinct identity. The fairs and festivals celebrated here round the year provide a glimpse of rich traditions and beliefs of the people, he added.As many as 332 deities from various parts of Kullu district were invited and 170 are participating in this festival.Earlier, the Governor was accorded a warm welcome on his arrival at Bhuntar Airport. Deputy Commissioner Ashutosh Garg and Superintendent of Police Gurdev Sharma welcomed the Governor.