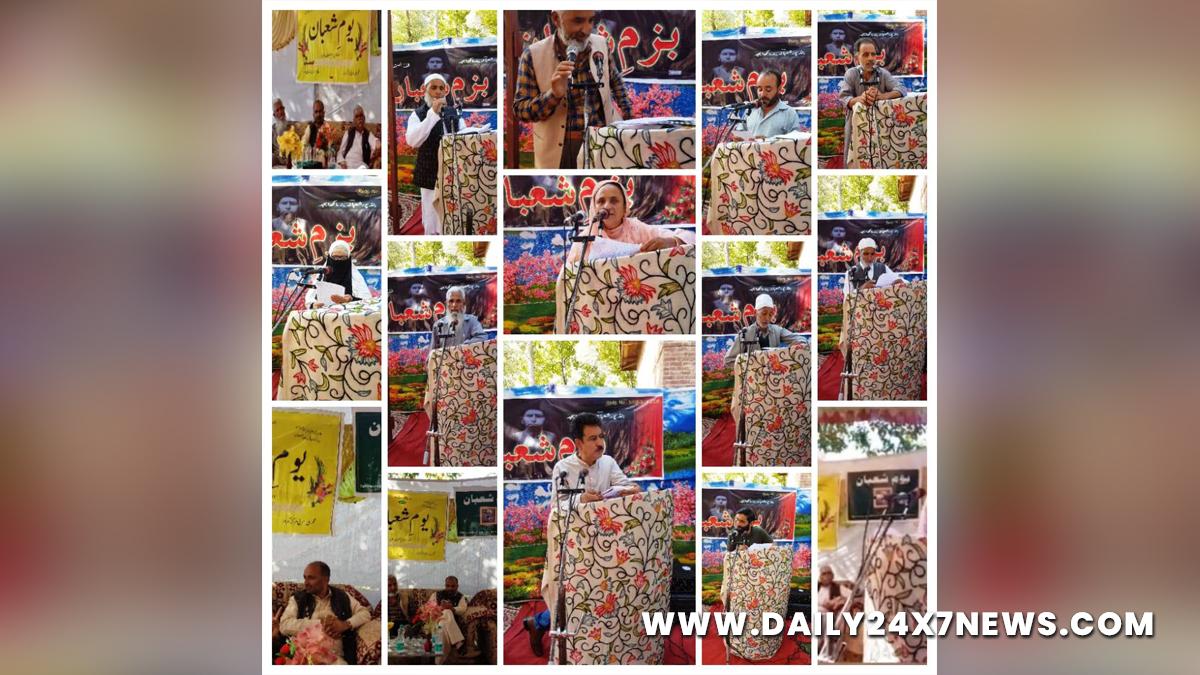 Bandipora : Bazm-e-Shabaan in collaboration with District Information Centre (DIC) Bandipora on Monday organised a day-long literary function to commonerate the anniversary of noted sufi poet Mohammad Shabaan as part of the Azadi Ka Amrit Mahatsov.Deputy Chief Education Officer Bandipora Sheikh Ghulam Mohammad, officials of DIC Bandipora President Bazm-e-Shabaan besides poets were present on the occasion.The function was organized under two sessions and was attended by writers, poets and officers and officials of District Information Centre (DIC) Bandipora. A poetic session (Mehfil-i-Mushaira) was also held in the second session that was chaired by Deputy CEO. The ‘Mushaira’ witnessed huge response by the audience as they applauded the poets for their poetic creations.DyCEO while encouraging the young writers asked them to create value based literature purely based on sense and sensibility.On the occasion, the artists including some renowned artists of the district mesmerised the audience with their performance, which was equally received with great applause.

Dy CEO congratulated the artists for enthralling the audience with their splendid performance. He said Culture has a great role in bringing communities together as it spreads the message of peace and harmony .Mohammad Muzaffar from DIC Bandipora expressed a commitment of providing platform to all the young writers so as to get a good literary milieu to develop their literary qualities.He urged the literary organisations to work on other different spheres of literature like criticism, drama, short stories, novels etc.He said aim of organizing such events is to provide a platform to the young writers and poets that will help the youngsters to showcase their talent besides creating a favorable environment for the poets and writersHe on behalf of DIO Jahangeer Akhoon appreciated the poets and writers for presenting their views through prose and poetry and urged them to write about the issues being faced by the society and said that the poets and writers are the outcome of the society they live in. He emphasized upon the poets and writers to study the poets and writers of the past to acquire literary discretion and excellence.