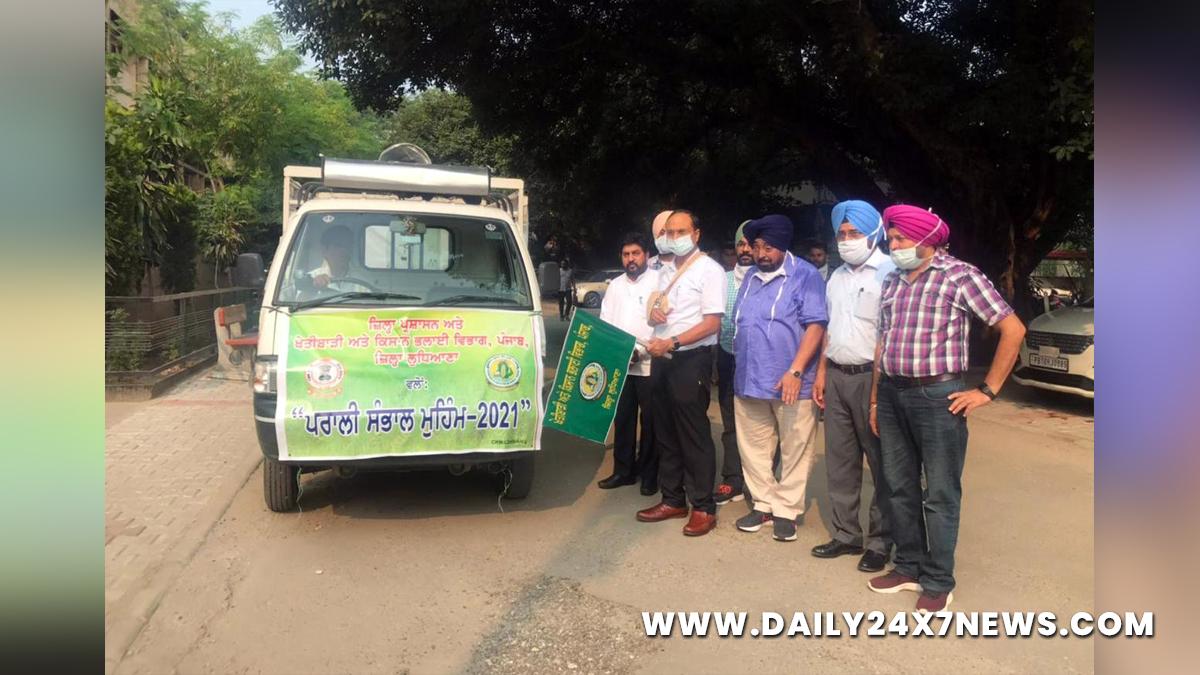 Ludhiana : Further taking its battle against stubble burning menace at grassroots to educate the peasantry about the harmful effects of practice, Deputy Commissioner Varinder Kumar Sharma on Friday flagged off awareness vans which will visit maximum villages of the district to spread the awareness in this month.Flagging off the vans from the district administrative complex, Deputy Commissioner said that the vans wee fitted with audio messages and would sensitise people about the hazardous effects of the burning of paddy stubble.He said the paddy stubble was useful for the farmers and should not be burnt at any cost as crop residue could play an important role in enhancing the fertility of the soil if harvested in the field with the help of ultra-modern equipment. He said the burning of stubble poses a danger to the environment and must be avoided at every cost.Sharma said that these ultra-modern vans would be instrumental in awakening the farmers about the need for paddy straw management.

He also asked the Agriculture Department, PPCB, Department of Co-operative societies, rural development and panchayats, education and others to intensify awareness activities on war foot level in the villages through public meetings, seminars public announcements or other ways.The Deputy Commissioner said that the staff in the vans would also disseminate information to the farmers through the pamphlets and posters for making them aware of the pollution caused by paddy burning beside the ways and means of managing the paddy straw effectively.He also reiterated that instead of burning the stubble, the farmers must use farm implements to efficaciously tackling the menace of stubble burning in the district thereby making the district pollution-free.He said that the Punjab government has already provided more than 5500 ultra-modern equipment to Ludhiana farmers that could be useful in effective paddy straw management and also appealed to them to use the I-Khet app to book these machines for managing the stubble.On the occasion, Chief Agriculture Officer Dr Narinder Singh Benipal, DDPO Sanjiv Kumar and others were present.

Benefit of welfare schemes will be ensured to eligible beneficiaries, no exploitation to be tolerated : Dr. Raj Kumar Verka