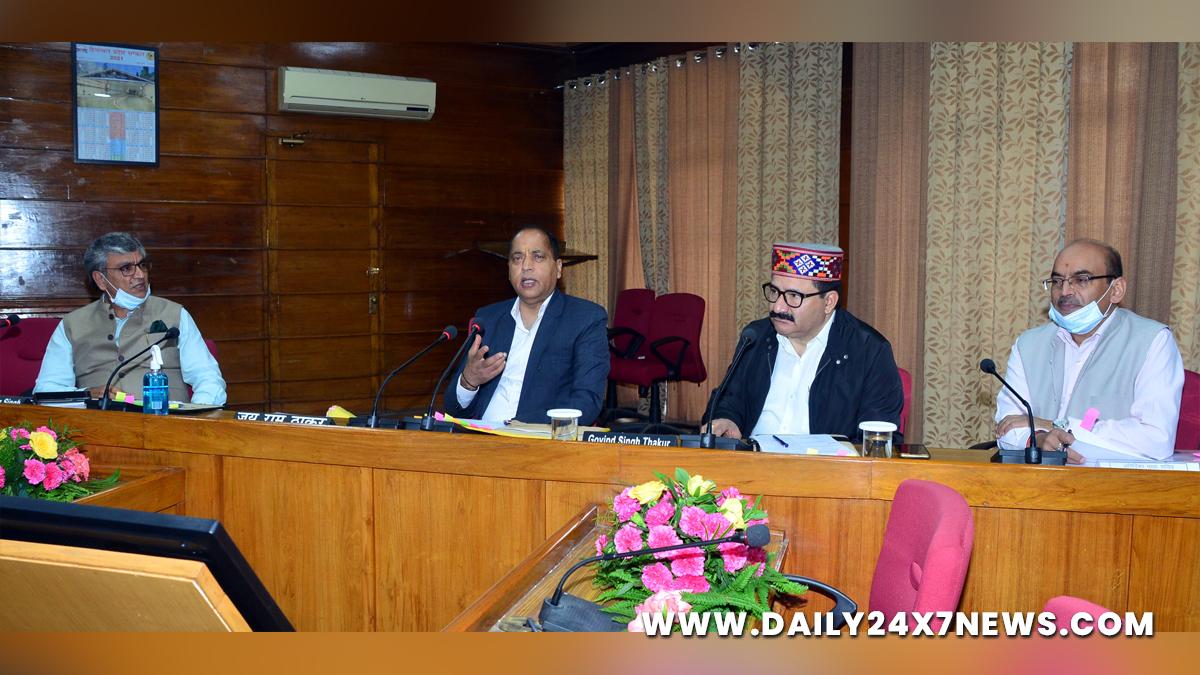 Kullu/Shimla : Chief Minister Jai Ram Thakur presided over meeting of State Level Kullu Dussehra Committee here today. A detailed discussion on various issues related to organisation of International Kullu Dussehra Utsav was held on this occasion. The International Kullu Dussehra would be organised from 15th October to 21st October, 2021.Jai Ram Thakur directed to complete all preparations related to the Dussehra festival in time-bound manner. He also directed to ensure proper security system, uninterrupted electricity supply and adherence of Covid-19 guidelines.Chief Minister said that fairs and festivals represent our rich cultural heritage. The State Government is committed towards conservation of these fairs and festivals and have been taking various steps in this directions. Kullu Dussehra is not only known across the state but is known globally for its unique identity. This is a reflection of our religious belief and cultural values. He said that Covid pandemic has affected the entire world. This has impacted various activities along with the fairs and festival.