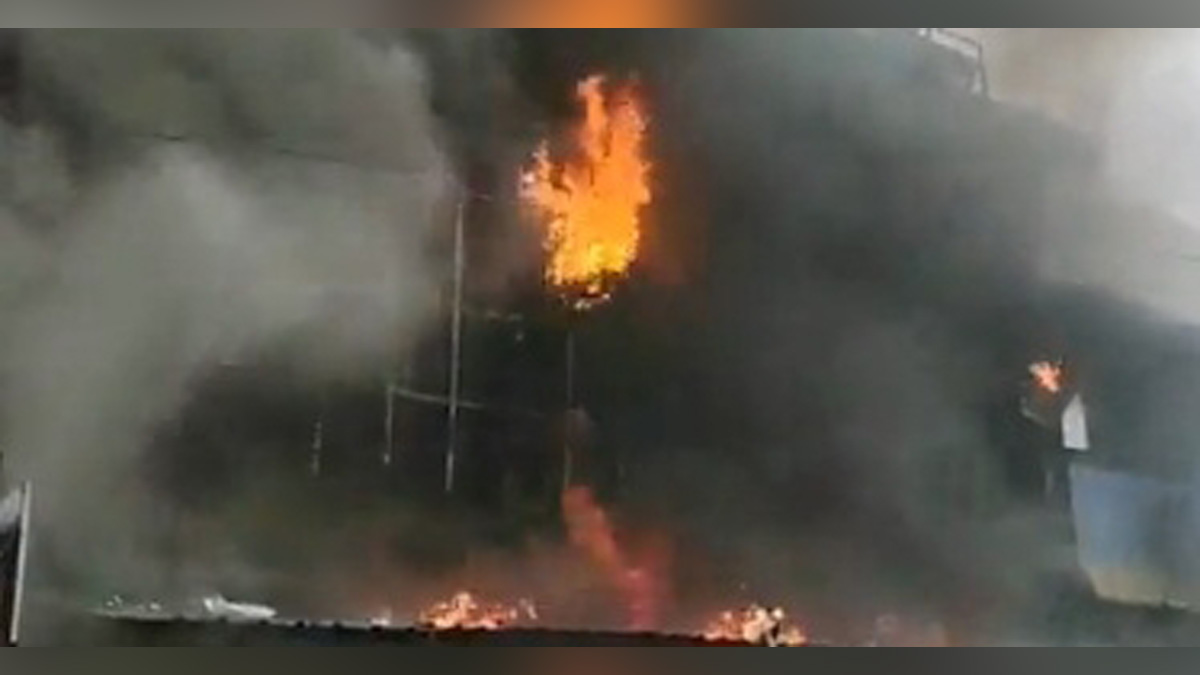 Bhopal : A day after a major fire in New Life Multi-Speciality Hospital in Madhya Pradesh’s Jabalpur district claimed at least eight lives and left several others injured, the police claimed to have booked the directors and a manager for ‘culpable homicide’.

He further informed that manager Ram Soni has been arrested and is being interrogated. Bahuguna further said that preliminary investigation revealed major lapses, including expiry of fire NoC, unavailability of extinguishers, no emergency gate etc.

“Whoever found involved in helping hospital management to run it without complying of norms, will be booked. Investigation is underway,” Bahuguna added.Of the nine people reported dead, five were patients, sources told IANS.

The 34-bed hospital was set up in 2020 during the first wave of Covid pandemic, when the authorities were focussed on increasing health infrastructure.

At least nine people have received severe burn injuries, two of them are stated to be “very critical” and are being treated at the Intensive Care Unit of Netaji Subhash Chandra Bose Medical college in Jabalpur.

Chief Minister Shivraj Singh Chouhan has ordered a high-level inquiry in the incident by a four-member panel headed by Jabalpur Divisional Commissioner B Chandrashekhar.

Fire had occurred on Monday afternoon at the ground floor due to a short-circuit in hospital’s electric panel connecting electricity and the generator.

AAP minister bungles in Punjab, issues order to evict university from its own land