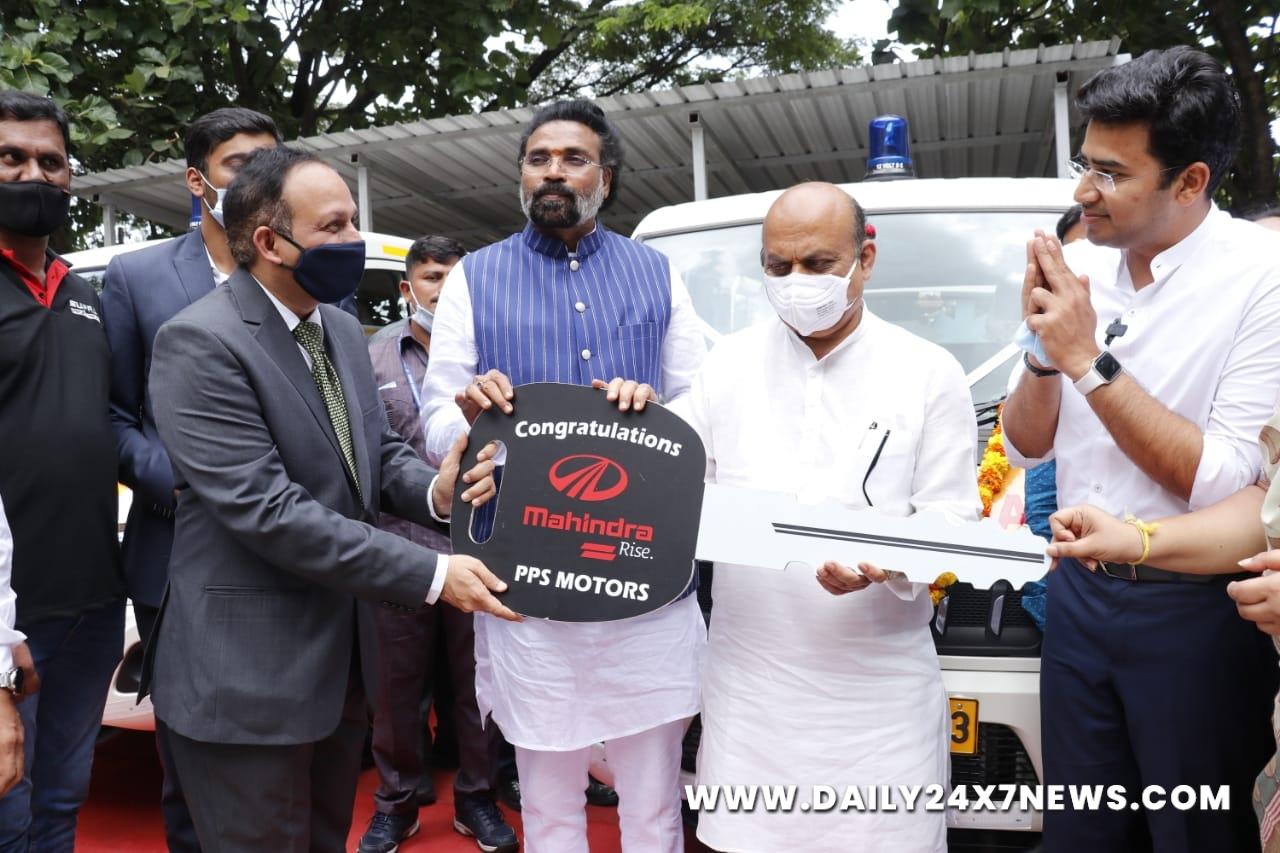 Bengaluru : Basavaraj Bommai, Chief Minister of Karnataka and Bengaluru South MP Tejasvi Surya inaugurated a 48-bed facility at the KSRTC Hospital in Jayanagar on Sunday in the presence of State Transport Minister B. Sreeramulu.The hospital was revamped using the MPLADS of the Bengaluru South MP and CSR funds from partners like Embassy REIT, PayTM, RoundTable India, SVG Bank and Yahoo Employees Foundation. The revamped KSRTC Hospital has 10 HDU beds and 38 general beds, adding strength to critical healthcare infrastructure for citizens. The facility also received 3 new top-end ambulances from Mahindra.”The Government of Karnataka has been proactive in preparing healthcare infrastructure for a possible third wave with children in particular falling under the risk category,” Surya said.”Whether it is the pediatric ICUs at the Jayanagar General Hospital or the 48-bed facility at KSRTC Hospital, we have developed these 2 centres on priority to provide critical healthcare for citizens,” he added.

The KSRTC hospital was made fully functional with the help of CSR partners. While the MP contributed Rs 35 lakh from the MPLADS for the renovation of the hospital, Rs 64 lakh worth of financial assistance was provided from the State Disaster Management Fund. Yahoo Employees Foundation provided assistance to purchase patient monitors, HFNC machines and other medical equipment worth Rs 63 lakh. PayTM helped develop an oxygen plant of 250 litre per minute capacity at the cost of Rs 50 lakh at the KSRTC Hospital. Meanwhile, SVC Bank donated PPE, masks and other protective equipment worth Rs 28 lakh to KSRTC staff and Bengaluru Traffic Police personnel. Additionally, Mahindra contributed the purchase of three ambulances and also purchased three 10 litre oxygen concentrators.”These 48 high dependency beds will be utilised to manage any potential overburdened caseload in Bengaluru South,” Surya added. We appreciate the efforts of corporates for joining hands with the Government at such a critical time in strengthening our healthcare infrastructure.”