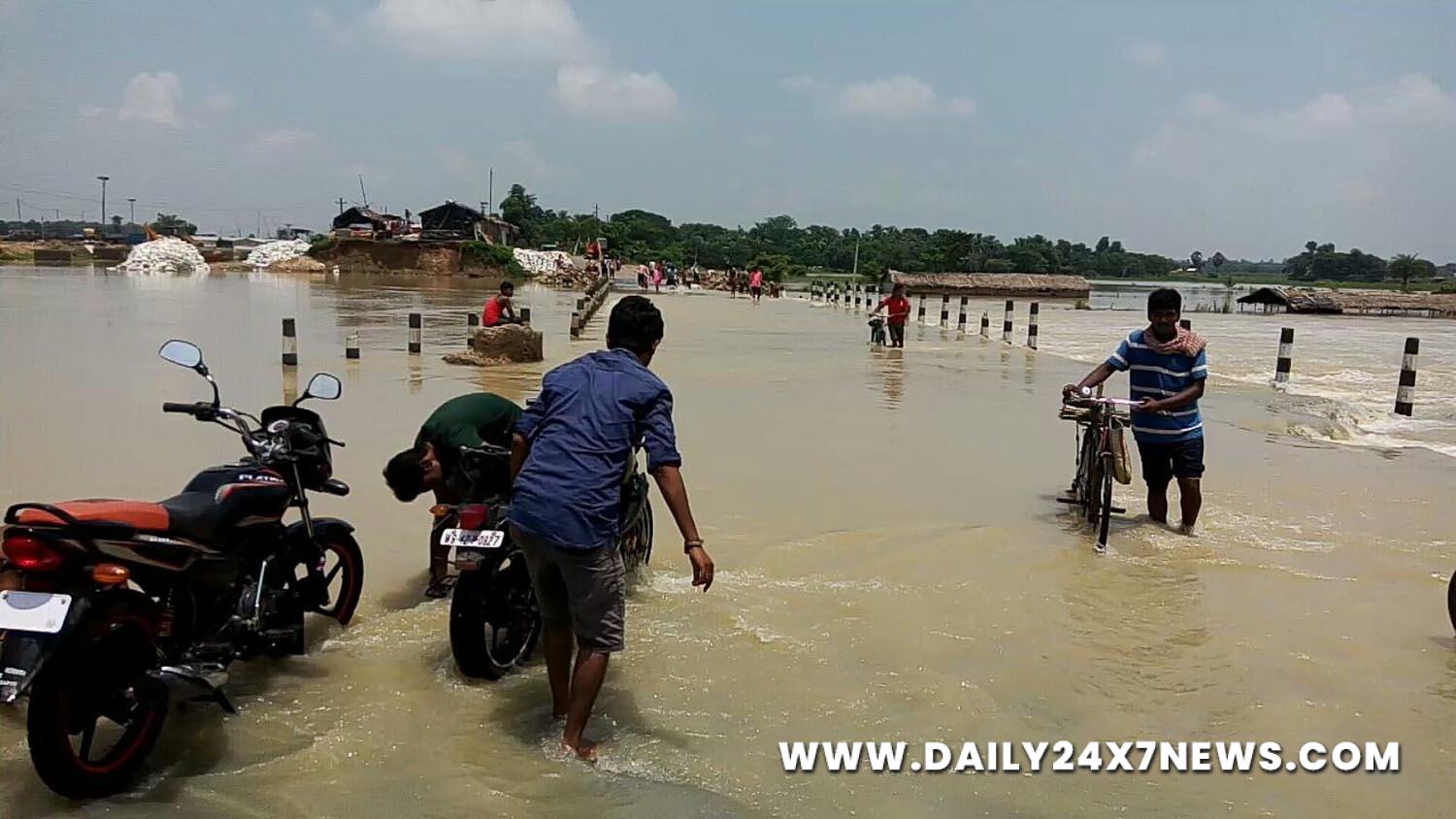 Kolkata : Incessant rainfall coupled with the sudden release of water by the Damodar Valley Corporation (DVC) has led to a flood-like situation in six districts of West Bengal and the situation was such that the Army and NDRF had to be called in to assist the state government in the rescue operation.Chief Secretary H.K. Diwedi held an emergency meeting with the District Magistrates and Superintendent of Polices of West and East Burdwan, Bankura, Birbhum, Hooghly, and Howrah on Thursday evening and took stock of the situation. After that the state government decided to deploy the Army in certain areas. However, NDRF teams have been kept on standby.According to highly placed sources in the state government, eight companies of the army have been deployed so far with three companies each for West Burdwan and Howrah and two companies for Hooghly’s Khanakul and Arambagh area. This is for the second time that the Army has been called in to assist in the rescue operation.”Incessant rains for the last couple of days has inundated major portions of South Bengal and some areas of central Bengal and the release of water by DVC has added to woes leading to flooding in at least seven districts of the state,” a senior official of the state secretariat said.

Due to the sudden release of 2.4 lakh cusec water from the Durgapur barrage since Wednesday night flood-like situation occurred, Nabanna sources said.Dwivedi asked the DMs about the flood situation and wanted them to take proper steps to rescue people and provide them shelter in the relief camps and keep adequate stock of dry food and relief materials.The upper catchment area of Maithon and Panchet dams received heavy rainfall in the past 24 hours. “We released 1,86,100 cusecs of water around 1 p.m. on Thursday. On Wednesday night, 55,950 cusec water was released,” a senior official of Durgapur Barrage said.”Due to the heavy rainfall, we released 32,000 cusecs of water in the past two days to reduce water levels of Maihon and Panchet dams,” a DVC official said.Meanwhile, several areas of Asansol particularly Railpar and Kalipahari areas were underwater for which the Army had to be deployed in these areas. In Asansol Municipal Corporation, 37 wards out of 106 were inundated. So far 5,850 people have been evacuated and 36 relief camps are opened in Asansol.

However, 900 people are stranded. The Army came with three boats from Panagarh while four teams of SDRF have already started the rescue operation. Valuables and cars and two-wheelers parked were also submerged as people were not prepared for such a flood.Many people in Asansol took shelter on the rooftops of their houses. Those living close to Ajay river vacated the ground floors of their houses. The National Highway 2 near Kalipahari in west Burdwan was also underwater and the DRM office in Asansol was waterlogged.”The areas under Asansol Municipal Corporation were severely marooned. Villagers of Talbahari in the Kanksa block near Ajoy river were evacuated. 30 families were shifted,” Abhijit Shevale, ADM (G) of West Burdwan, said.Many areas in the Bankura were also inundated as the Durgapur barrage water reached Barjora. Bankura DM, K. Radhika Aiyer and SP Dhritiman Sarkar visited the flood-affected areas on Thursday.While in Hooghly, water of the Dwarakeswar river entered several areas in Arambagh. Even Khanakul too had been inundated and the water had also affected traffic along Kalipur-Garbeta Road.The situation in Udaynarayanpur in Howrah was also critical.

Over 40 killed, many displaced as heavy rains, snowfall hit Pakistan