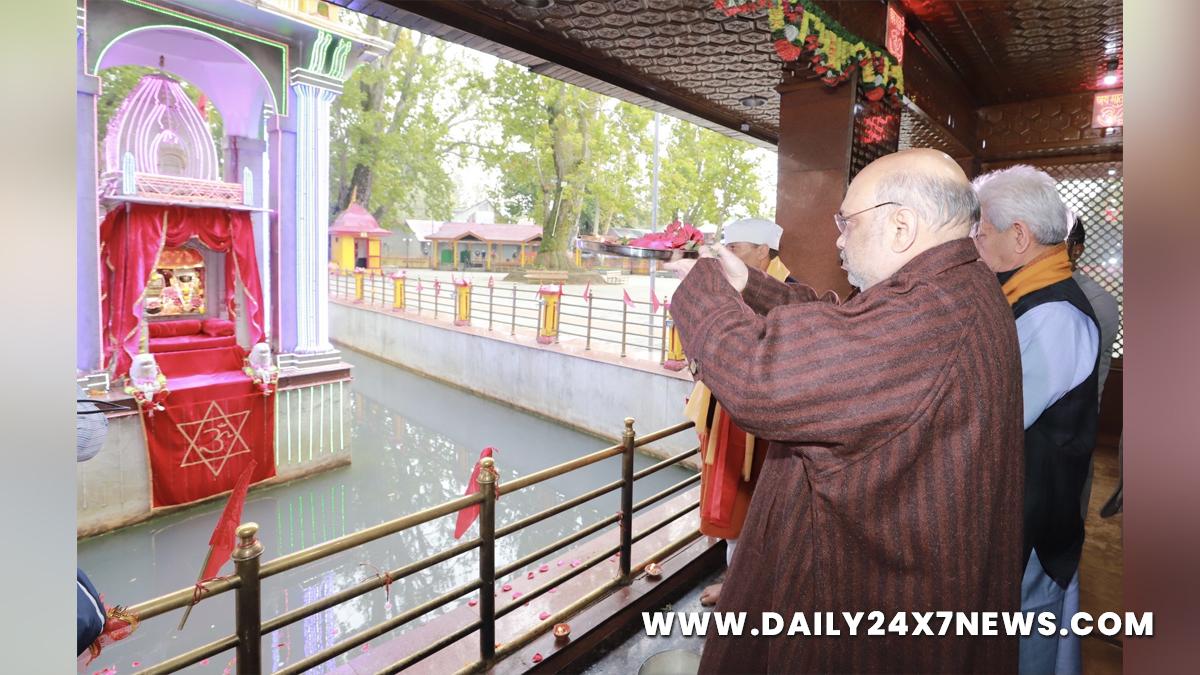 Srinagar : Union Home Minister Amit Shah paid obeisance at the Mata Kheer Bhawani temple shrine in J&K’s Ganderbal district on Monday at the end of his three-day visit to the union territory.Extraordinary security arrangements were made in and around the Mata Kheer Bhawani temple in Tullamulla town of Ganderbal district for Shah’s visit.Heavy deployment of police and paramilitary forces was made in Ganderbal town where the home minister landed in a helicopter and was then driven to the nearly 5 kilometre long distance to the temple shrine accompanied by Lt Governor Manoj Sinha.

Mata Kheer Bhawani temple shrine is the holiest religious place of worship for the Kashmiri Pandit community.After their exodus from the Valley in early 1990s, migrant Pandits from different parts of the country have been arriving at Tullamulla to attend the annual festival at the deity’s temple shrine.