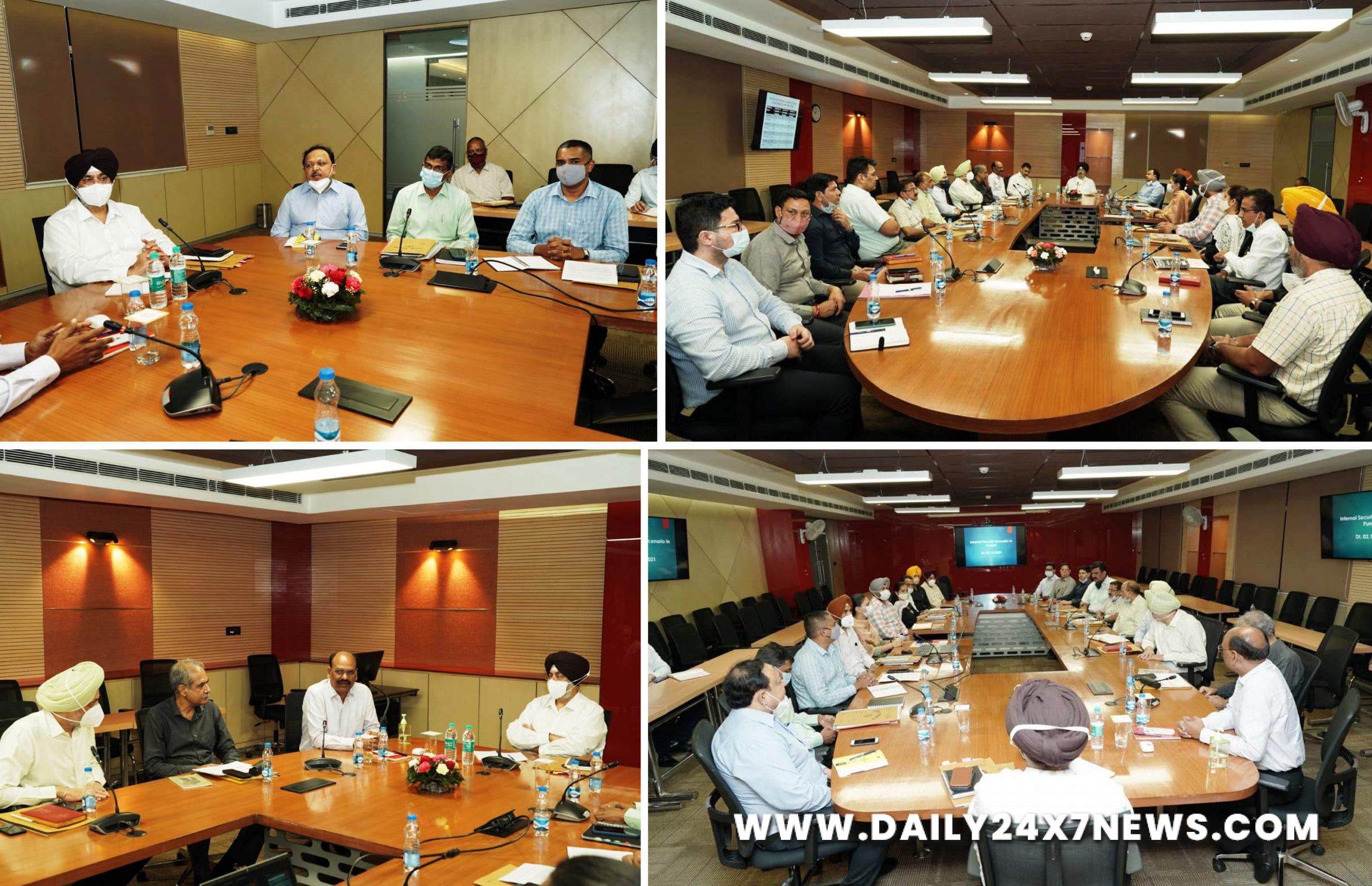 S.A.S. Nagar : In order to ensure peace and communal harmony in the border state, officiating Director General of Police (DGP) Punjab Iqbal Preet Singh Sahota on Saturday chaired a high-level meeting at Punjab Police Intelligence Headquarters in SAS Nagar.The DGP, who was accompanied by ADGP Varinder Kumar, ADGP Internal Security RN Dhoke and ADGP Counter Intelligence & OCCU Amit Prasad reviewed the present scenario of Internal Security in the state.The meeting took place at a time when the state has been witnessing recovery of Grenades and RDX laden tiffin boxes besides recovery of other arms and ammunition, signalling major attempts being made by anti-national elements to disturb law and order in the state.After the briefing with senior officers from the Internal Security wing, the DGP had expressed the satisfaction that Punjab Police has been doing great job on counter terrorism front and various modules busted in this regard and the people involved in this crime have already been arrested.

The situation in the state is absolutely peaceful and Punjab Police is ready for any challenges,” he said.With festival season is around the corner, DGP Iqbal Preet Singh Sahota stressed on the need to intensify vigil on anti-national elements and directed Intelligence officers to stay alert round-the-clock. He gave clear instructions to officers to not let anyone take law in their hands and if any person found indulged in any violent activities should be dealt with firmly and criminal cases should be registered immediately.DGP Sahota also cautioned the people of Punjab to remain alert all the time, and immediately report to the police if they find any suspicious thing lying abandoned or unclaimed anywhere, including in trains, buses or restaurants etc. “People can inform the Police on 112 or 181 helpline numbers,” he added. Meanwhile, ADGP RN Dhoke apprised the DGP about the terrorist and criminal activities that took place in the state in the recent past.