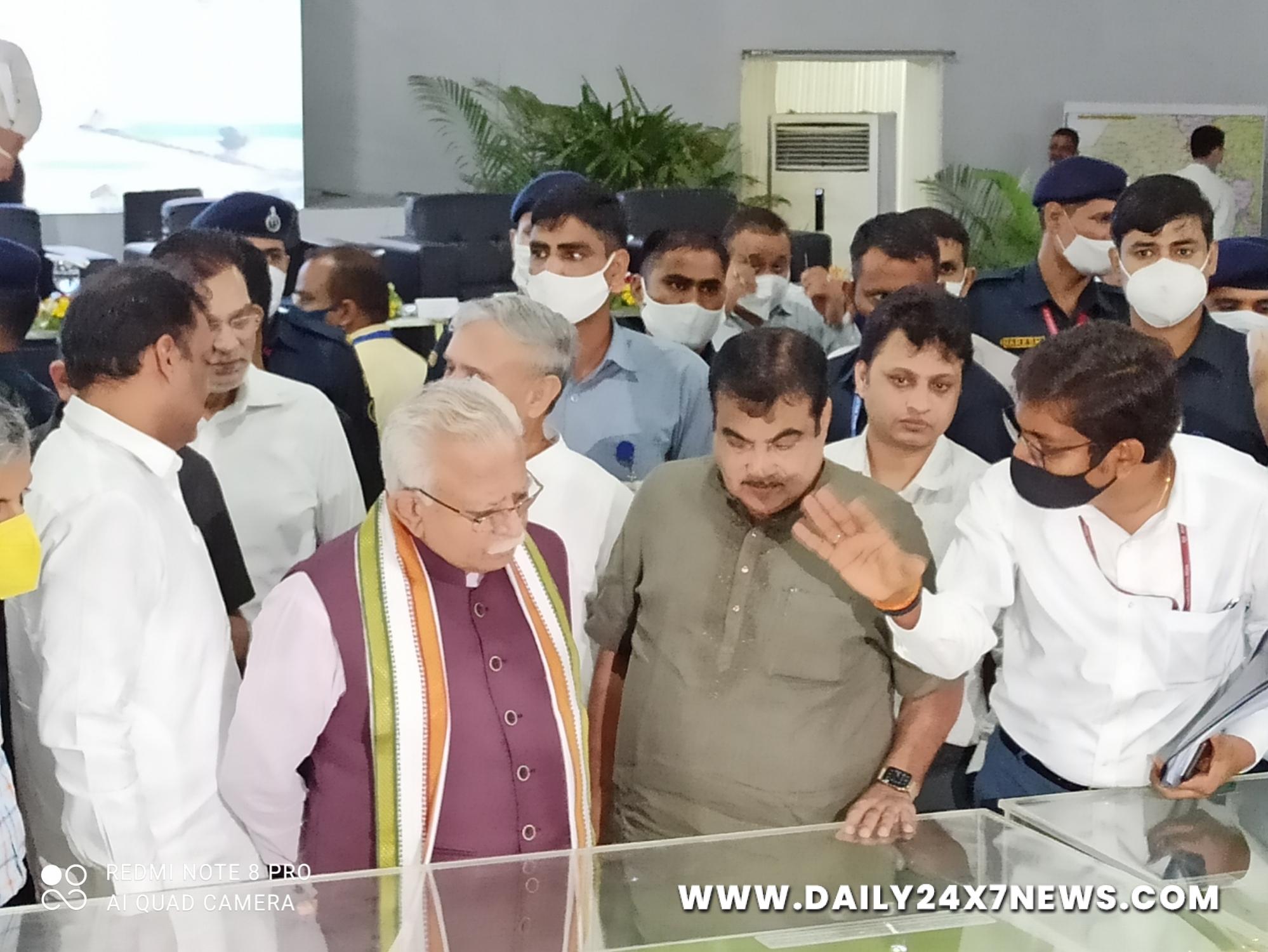 Gurugram : Union minister for road transport and highways Nitin Gadkari inspected the construction work of the eight-lane Delhi-Mumbai Expressway (NH-148N) on Thursday to assess the status of the project and suggest improvement measures to the National Highway Authority of India (NHAI) officials. This is the longest expressway in India.After the construction of the expressway, people will be able to travel from Delhi to Mumbai by road in just 12 hours. At present, the distance from Delhi to Mumbai is about 1,510 km by road. Once operational this distance will be reduced to 1,380 km.Haryana Chief Minister, Manohar Lal Khattar was also present during the inspection.The union minister also saw the model of the project and asked for information from the NHAI officials over the ongoing project. Gadkari arrived at village Lohatki in Gurugram to inspect the construction work.This eight-lane longest expressway of the country will pass through 11 villages of Gurugram district, 7 villages of Palwal and 47 villages of Mewat district, overall 65 villages in Haryana.

The total length of this highway in Haryana will be around 160 km the construction of which will cost about Rs 10,400 crore. Out of 160 km, construction of 120 km is underway. The whole stretch is expected to be completed by March 2022.NHAI officials said the eight-lane Delhi-Mumbai expressway could be expanded to twelve-lane in future.Addressing the media, Gadkari said once operational this expressway will help reduce traffic congestion and pollution level across Delhi and adjoining areas.”With the construction of this expressway, employment generation opportunities will increase in Haryana. Also, Haryana’s connectivity with other states states like Rajasthan, Madhya Pradesh, Gujarat and Maharashtra etc, will increase which will boost the economy,” Khattar told mediapersons.The expressway will pass through most of the remote areas of five states giving wings of development to the areas.Gadkari said that the work of the expressway is in full swing.”With the construction of the expressway, the distance between Delhi-Mumbai will be reduced and it will also save fuel. The toll will be collected through electronic mode. Also, extra care is being taken by the NHAI over constructing the expressway and no negligence of work will be tolerated on the part of the NHAI,” Gadkari said.

Is the Taliban thinking of creating a regular army for Afghanistan?