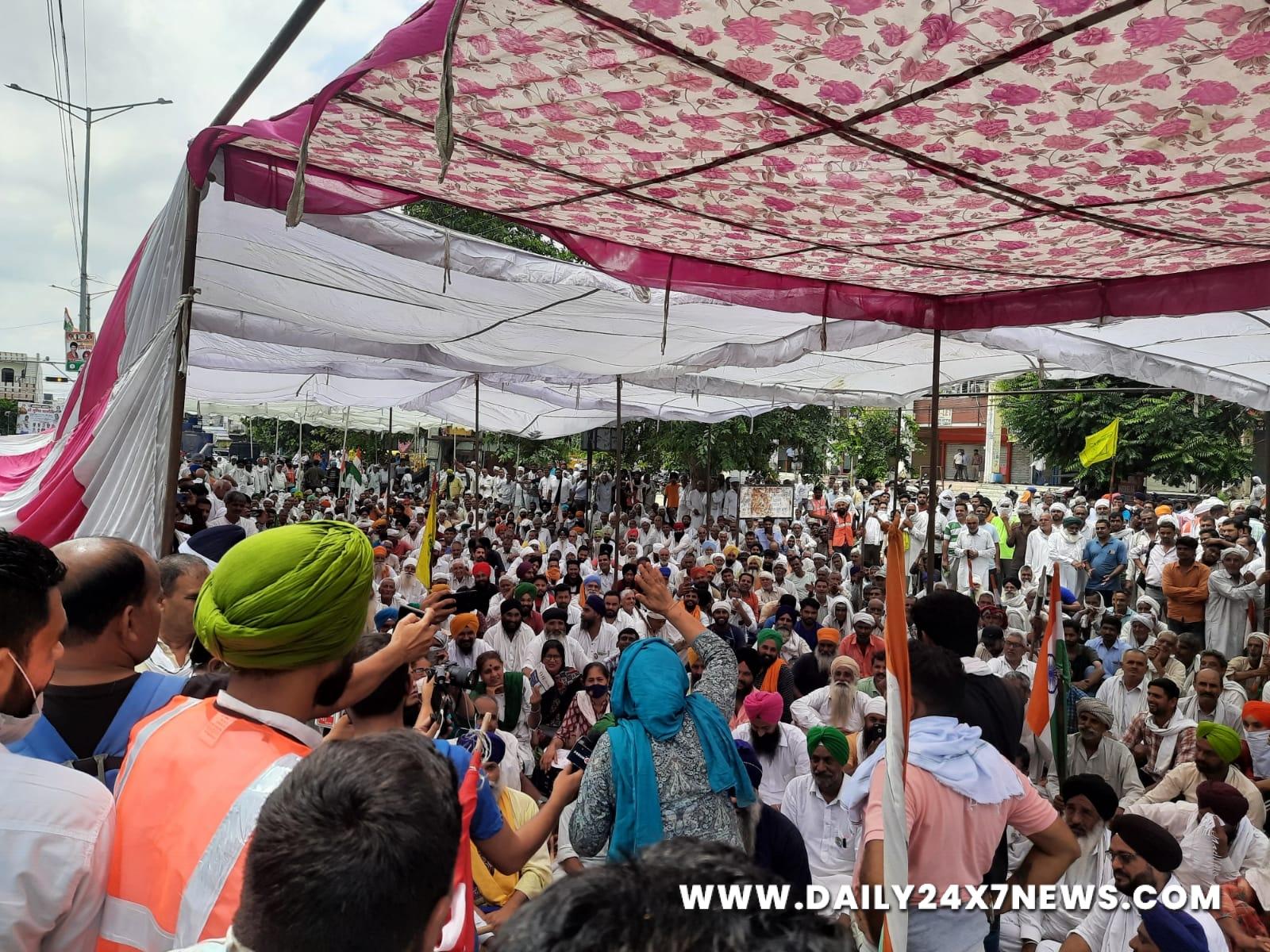 Karnal (Haryana) : Bharatiya Kisan Union President Gurnam Singh Chaduni and Haryana Additional Chief Secretary (ACS) Devender Singh on Saturday announced to conclude the week-long agitation in Karnal.The decision was announced at a joint press conference after the first round of talks between farmers union leaders and the Haryana government representative.ACS Singh said that “after several round of talks with farmers leaders we have reached up to an agreement considering farmers demands”.He said that state government will set up an inquiry committee of retired High Court judges to probe against SDM Ayush Sinha.Meanwhile, during the probe, which will be completed within a month, he will be sent on leave.

Talking about other demands, the ACS said that two members of a farmer family who died in the unfortunate incident will be given jobs of the sanction posts on DC rate.He said that chances are high to turn these posts permanent.Meanwhile, Chaduni said in the press conference that the talks ended on a positive note and they were happy that the government has considered their demands.He added that jobs will be provided to the two family members of the family within a week.However, being asked about one of the other major demands of registering an FIR against Sinha, he said filing a complaint after the probe by the retired judges will give more strength to the case.On ending the agitation, Chaduni said that “we are satisfied with the outcomes and this is our victory”, adding that the protest against the new farm laws will continue as usual on the Delhi border and across the nation.

Vaani Kapoor eager for all her films to come out