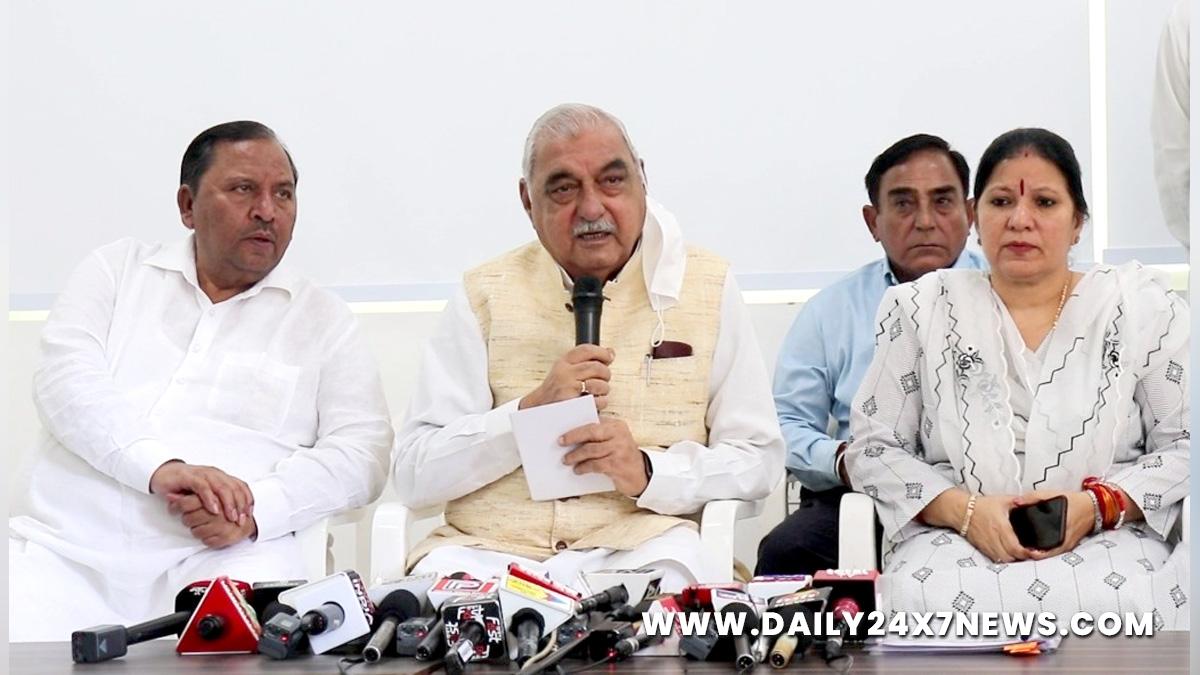 Chandigarh : Former Haryana Chief Minister Bhupinder Singh Hooda on Tuesday described the BJP-JJP government in the state as the “most corrupt and inefficient” in the history of the state as it has pushed back the state on developmental parameters.Addressing the media here on the completion of seven years of the coalition government, the senior Congress leaders said the alliance partners have not fulfilled even a single promise.”The people are upset and frustrated with inflation, unemployment, corruption, crime, shortage of electricity and water, non-purchase of paddy and millets and breach of promises by the leaders of the ruling parties,” he said.Hooda said the seven-year tenure has been full of failures. “Haryana was number one in the country in terms of per capita income, per capita investment, employment generation, prosperity, sports and development before 2014. Now the state has now become number one in unemployment, crime and substance abuse.”

Referring to the election manifestos of the BJP and the Jannayak Janta Party (JJP), the Leader of Opposition said both parties have forgotten their manifestos.”As per its promise, the coalition government did not provide an old-age pension of Rs 5,100. There has been no pay scale for employees on the pattern of Punjab, no implementation of the old-pension scheme, no free tubewell connection to farmers and no round-the-clock electricity.”Hooda said the state did not get any major developmental projects or big industry or institute during the seven years of the government. “No power plant was installed, no medical college and university was built. Despite this, the government plunged the state into a debt of around Rs 2.50 lakh crore. This government has cheated the people and deceived the youth,” he added.

Police officers should dispose off pending cases as soon as possible : Anil Vij