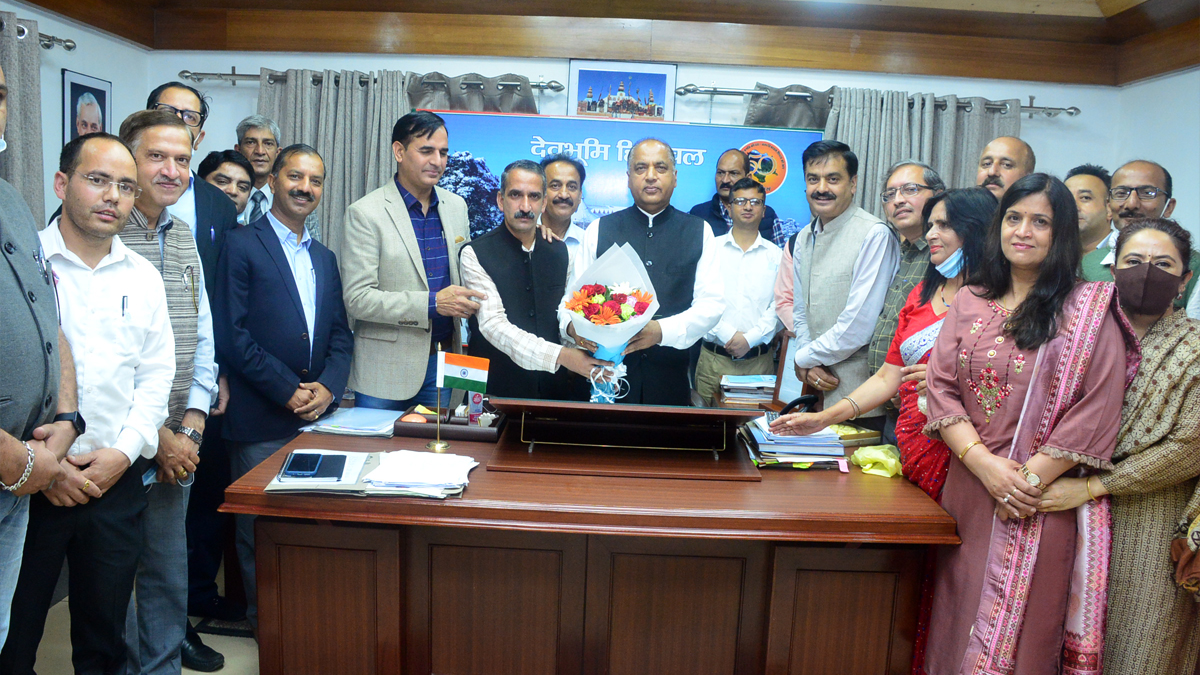 The delegation thanked the Chief Minister for providing the revised UGC pay scales to the college lectures in the state.On this occasion, Jai Ram Thakur said that during the last four and half years tenure of the present state government, many steps had been taken for the welfare of the employees.

Jai Ram Thakur dedicates 18 new taxis worth Rs 2.91 crore to the residents of Shimla under Ride with Pride