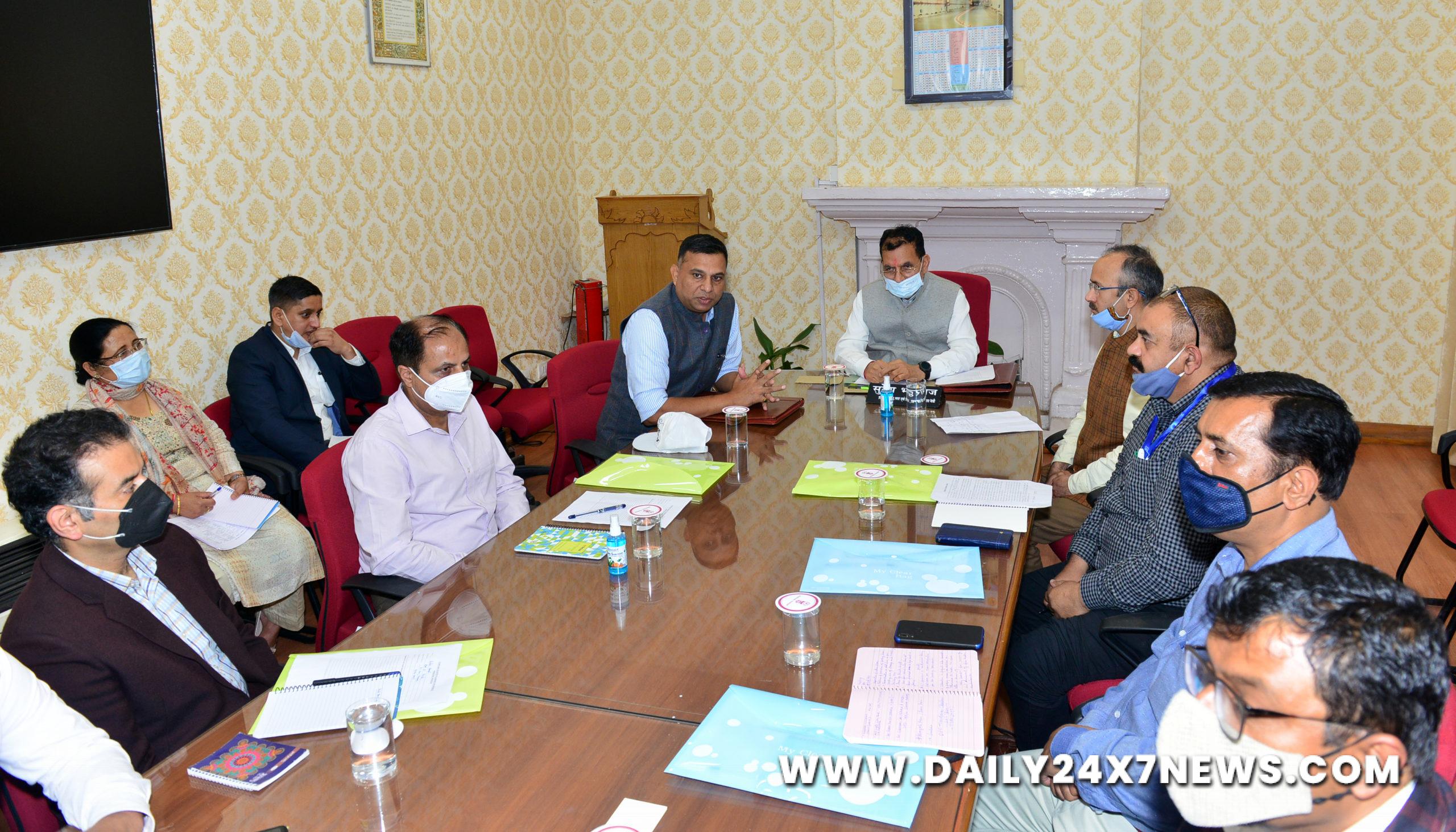 Shimla : A holistic work plan needs to be prepared keeping in view the possibilities and requirements for modernisation of Shimla town in near future. This was stated by Urban Development, Town and Country Planning Minister Suresh Bhardwaj, while presiding over a meeting of GIS based Development Plan of Amrut city Shimla organised by Town and Country Planning Department.Minister said that while preparing a plan for development works, the expectations of people must also be kept into consideration along with geographical conditions of the town. Sustainable development of the town should be ensured while ensuring minimalistic damage to geographical condition of the town. Keeping in view, the increasing population of Shimla town, a futuristic plan exploring possibilities to develop a satellite town along with the urbanisation of the adjoining areas of Shimla town should be prepared.

He said that basic amenities such as modern educational institutions, hospitals and other facilities would be provided in satellite town.Under the scheme, bypass roads would be constructed in order to strengthen road facilities in the town.Suresh Bhardwaj said the Shimla town would be developed with global level techniques. He said the state government was committed to develop Shimla as favourite destination on the world map. Kufri and adjoining areas would be developed from eco-tourism point of view and possibilities of developing ropeways would also be explored in the town.Principal Secretary Town and Country Planning Rajneesh, Commissioner Municipal Corporation Ashish Kohli, Director Town and Country Planning Kamal Kant Saroch, and other senior officers of various departments were also present in the meeting.