Prepare a fellowship and internship scheme for students in government departments : Suresh Bhardwaj 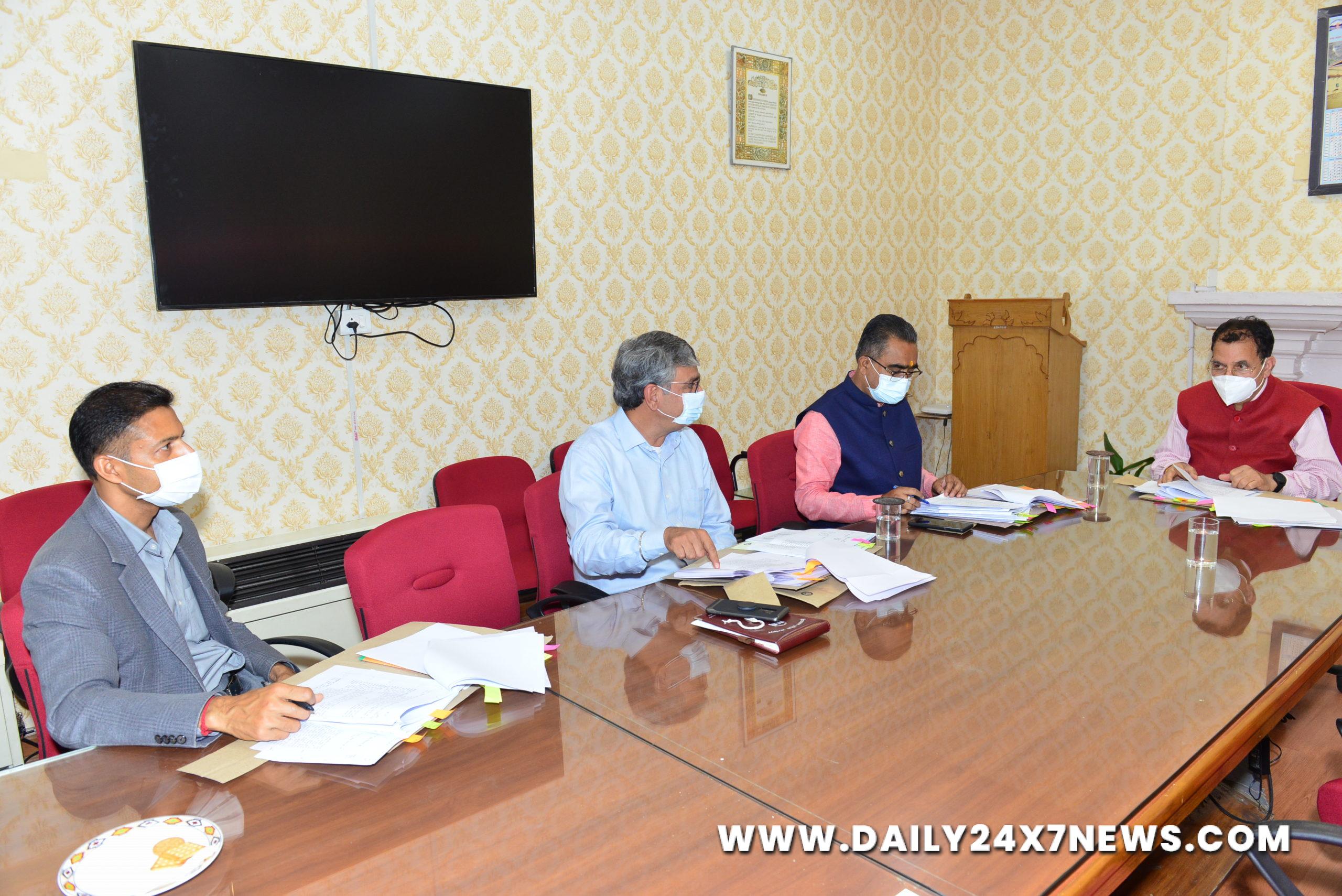 Shimla : Under the chairmanship of Urban Development Minister Suresh Bhardwaj, a meeting of the sub-committee of the Cabinet constituted for the implementation of the Swarnim Himachal Pradesh Drishti Patra-2017 was held here today. He said that the State government was committed for the implementation of this Drishti Patra.On the issues related to the Urban Development Department, Suresh Bhardwaj said that the Tulip scheme is being implemented by the Urban Development Department, under which the selected students have been provided the facility of internship. He directed to prepare a scheme for students to provide fellowships and internships in all government departments and public representative offices to ensure participation of youth in nation building and development planning process.He also directed the department to prepare a scheme for the disposal of waste in the urban local bodies. He said that a system of disposal has been prepared in the state by segregating organic, inorganic and domestic harmful waste. Organic waste disposal centers have been set up in 47 local bodies in the state.Industries Minister Bikram Singh while discussing the issues related to the Industries Department said that Himachal Pradesh is ranked seventh in the country under Ease of Doing Business, which shows the availability of suitable conditions and facilities for doing business in the state. He said that 703 MoUs with an investment of Rs 96,721 crore were signed during the Global Investors’ Meet held at Dharamsala on 7th and 8th November, 2019 to promote investment in the state. A total of 200 delegates from 36 countries participated in this meet. The first ground breaking ceremony of projects worth Rs 13,656 crore was also held. A land bank has also been established for setting up industries in the state.He said that the State government has constituted a flying squad to check and prevent illegal mining in the state. The fine amount has also been increased to check illegal mining in the state. Under the Start-Up scheme, 11 incubation centers have been established in the state. The State Government has made a provision of Venture Capital Fund of Rs.10 crore under the scheme.While discussing the issues related to Rural Development Department, Suresh Bhardwaj said that development of the state is possible only through rural development in Himachal Pradesh. He expressed satisfaction over the successful implementation of electronic financial management system e-FMS for transparent and prompt payment of wages under MGNREGA in the state. He said that under Pradhan Mantri Awas Yojana Gramin, 11,935 houses have been sanctioned in the state in the last four years, out of which 7787 houses have been constructed. He said that 3931 houses have been constructed by the State Government from the year 2018-19 to 2020-21 under the Mukhya Mantri Awas Yojana. 1.50 lakh per unit assistance is being provided under both the schemes from the financial year 2019-20.The Urban Development Minister said that the notification has been issued with the objective of bringing transparency in the IRDP and BPL selection process. At present there are total 2,58,852 selected BPL families in the state. Rural roads are being constructed under MNREGA for the purpose of connecting every village and Palgari with roads, under which 1059 road works have been completed in the last three years. He said that efforts are being made to construct crematorium in every panchayat under MNREGA.Additional Chief Secretary Industries Ram Subhag Singh, Secretary Urban Development Rajneesh, Secretary General Administration Devesh Kumar, Secretary Rural Development Sandeep Bhatnagar, Secretary Housing Akshay Sood and other senior officers were also present on the occasion.