Efforts would be made to extend the period of grazing permit : Rakesh Pathania 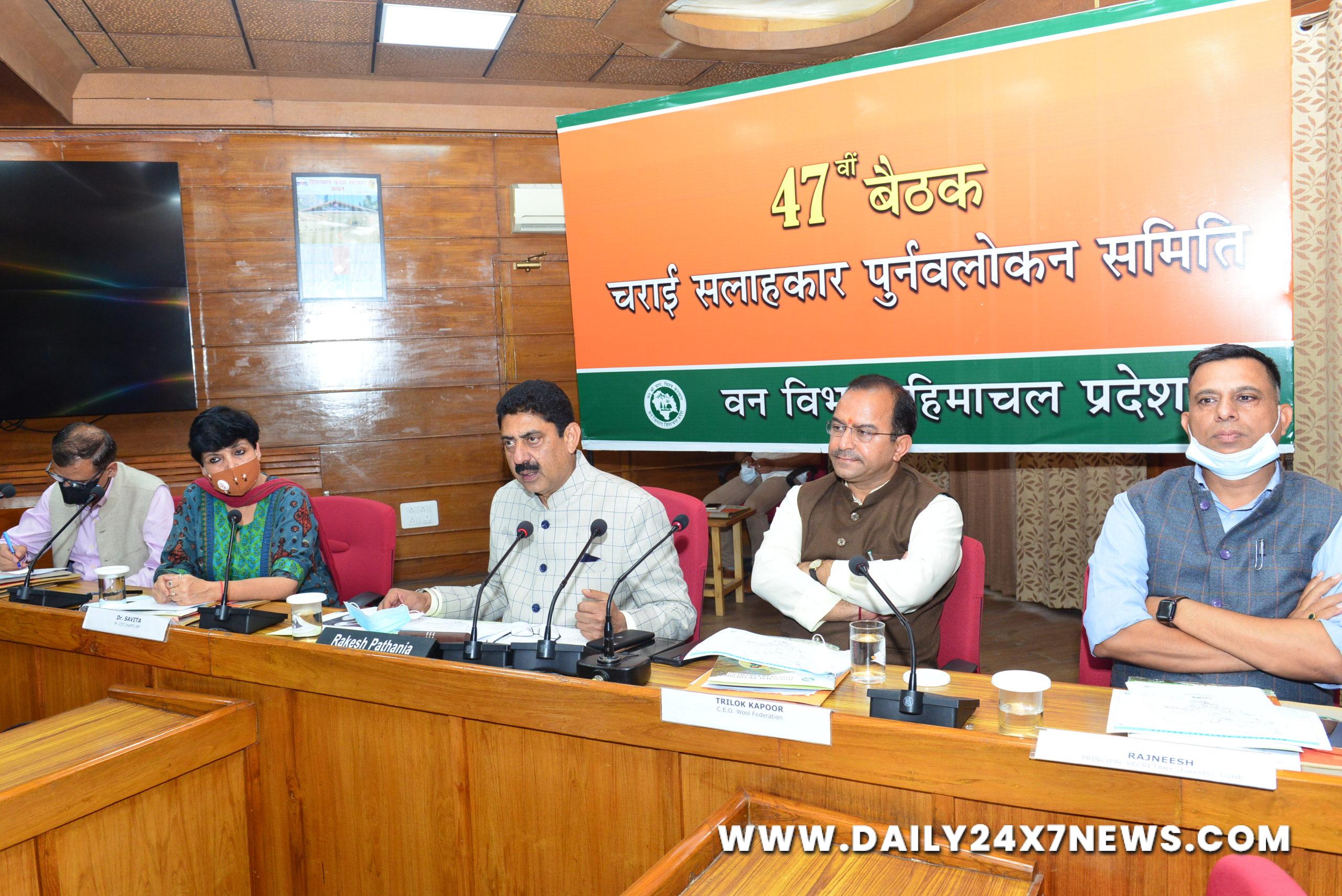 Shimla : Forest Minister Rakesh Pathania presided over the 47th meeting of Grazing Advisory Review Committee and said the state government is determined towards upliftment of every section of the society, especially the grazers of the state, as cattle grazing is a reflection of our ancient rich culture and it was vital to preserve it.During the meeting, the Minister reviewed the issues of the grazers pertaining to the Forest Department and assured to consider the genuine demands raised by them. He directed to indentify genuine grazers moving with herds, so that their herds could be protected from any kind of theft. Provision of solar mobile charger, lightweight tents along with sleeping bags would also be made for them. He said that efforts would be made to extend the period of grazing permit from 3 years to six years.Forest Minister directed the officers to indentify the routes with extensive movement of grazers and to digitize the routes for their convenience.

He directed the officers to make provision for tracking those in distresses and for their timely evacuation on receiving the distress call. He directed the officers of Forest Department to indentify six sites on forestland and to develop infrastructure on it for convenience of grazers.Chairman Wool Federation Trilok Kapoor also expressed his views on this occasion.Principal Chief Conservator Forest (HoFF) Dr. Savita welcomed the Minister and other dignitaries present on the occasion. She also detailed about the various welfare scheme of the state government implemented for upliftment of the grazers. She said that eight grazing routes of the state have been digitized and efforts are being made to digitized the remaining as well.Principal Secretary Forest Rajneesh, PCCF Wildlife Archana, PCCF Management Rajiv Kumar, Senior Officers of the Department and non-official members of the committee were also present in the meeting.