Contribution of Chartered Accountants important in development and economy of the country : Rajendra Vishwanath Arlekar 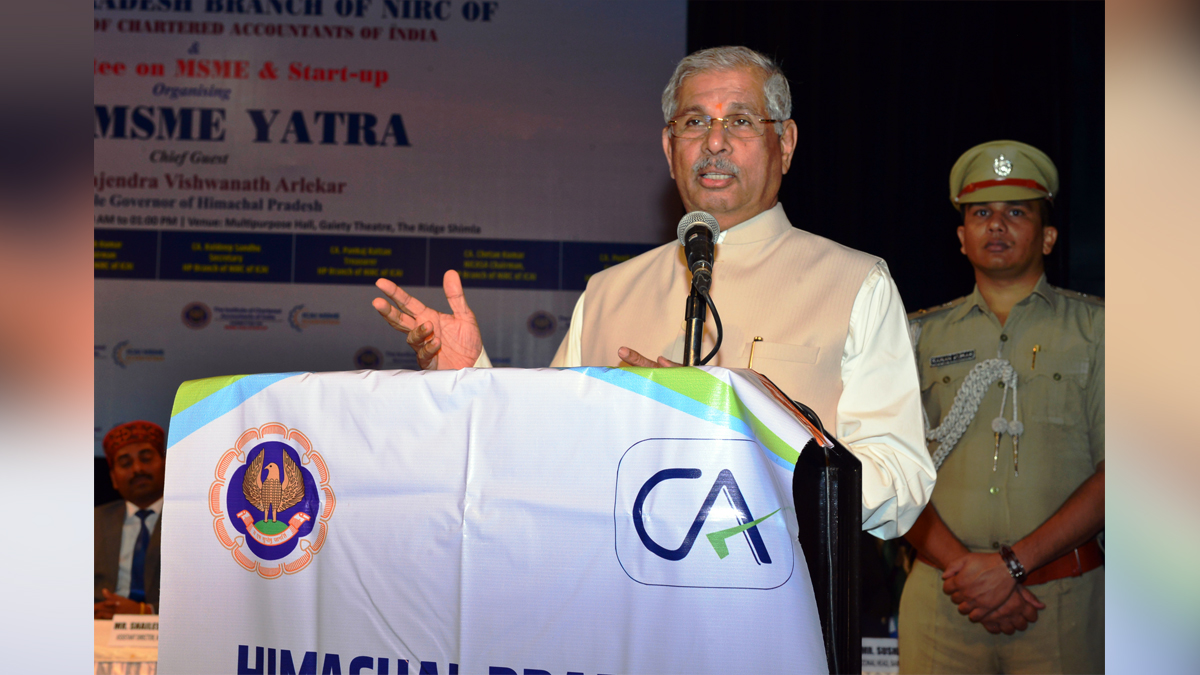 Shimla : Governor Rajendra Vishwanath Arlekar said that in the Amrit Kal, we have to progress from Swadeshi to a self- reliant India. For this, the role of Chartered Accountants and MSMEs would be important, which could prove to be helpful in accelerating the economy of the country.

He was speaking on the occasion of “ICAI MSME Yatra ” organized by Himachal Pradesh Branch of NIRC of the Institute of Chartered Accountants of India and Committee on MSME & Start-up at Gaiety Theatre Shimla, today.

“The Prime Minister puts forth certain subjects only after knowing our capabilities. We have seen his intent and our determination many times. The example of the COVID period is before us. When he says that there should be a self-reliant India, it should be the dream of all of us.

For this our society should become self-reliant”, said Arlekar.The Governor said that after the Azadi ka Amrit Mahotsav, we have now entered the Amrit Kal. After 25 years, when we were celebrating 100 years of independence, then how would that period be, for the role of CA, MSME to be important, he added.

He said that in these 25 years we could set any goal for ourselves and for this we could adopt Swadeshi.Shri Arlekar said that the contribution of Chartered Accountants was important in the development and economy of the country.

He appreciated the initiative of The Institute of Chartered Accountants of India and said that they have taken up the task of encouraging new industries, including them in the development journey and solving their problems through this program for which they deserve congratulations.

He said that a lot of incentives were being given to new start-ups through MSMEs and extensive facilities have been made available to them by the Ministry. He said that ICCI has 186 branches and about 10 thousand people have been registered in this Yatra.
He appealed to take the benefits of various schemes being implemented by MSMEs and said that only through this could we move towards a self-reliant India.Shailesh Kumar, Assistant Director, MSME said that after the agriculture sector MSME was the largest employment generating sector.

By getting complete information about the various schemes being run by MSME we could be taken advantage of these schemes.Navneet Sharma, Chairman, HP Branch, ICAI welcomed the Governor on the occasion.