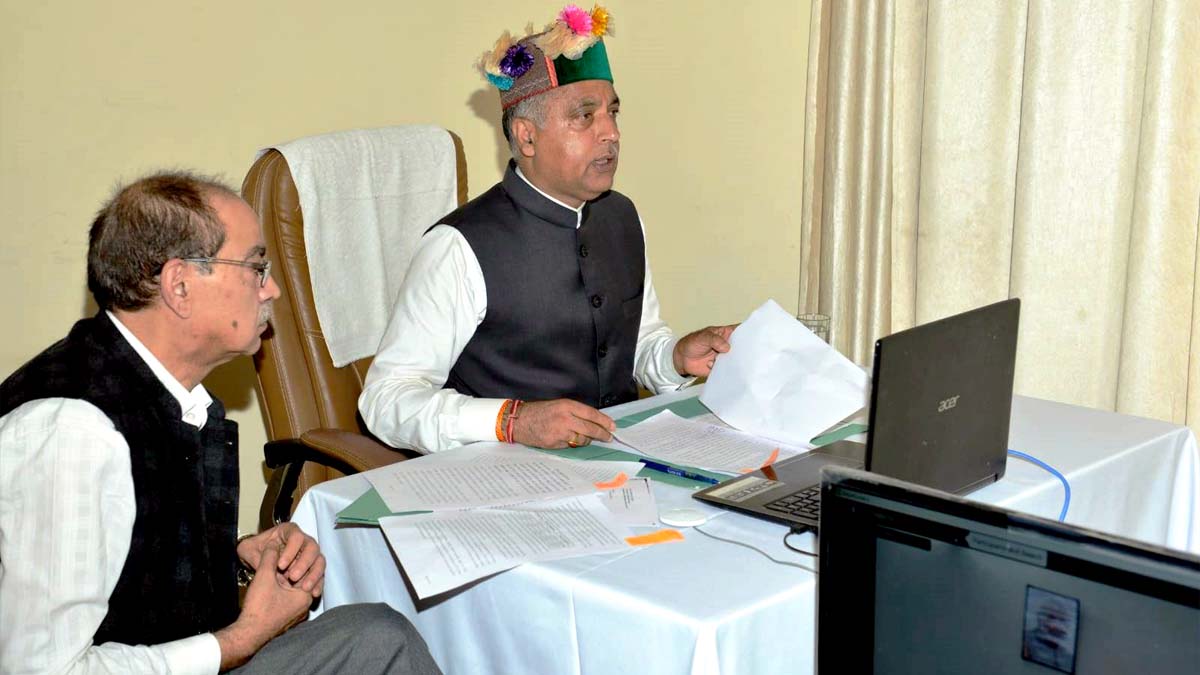 Shimla : Chief Minister Jai Ram Thakur has urged the Union Government to freeze the input power cost at Rs. 2.30 per KWh in the formula which would serve the purpose of keeping the power component cost on lower side and hence would be bearable to Himachal Pradesh.

He was participating in the meeting virtually from Nerwa in Chopal area of Shimla district which was chaired by the Union Minister of Water Resources, River Development and Ganga Rejuvenation Gajinder Singh Shekhwat.

Chief Ministers of Himachal, Haryana and Uttarakhand participated in this meeting regarding execution of National importance Kishau Dam Project, proposed across River Tons, a tributary of Yamuna along the border of Uttrakhand and Himachal Pradesh.

Jai Ram Thakur said that the power generated from this project would be shared equally by Himachal Pradesh and Uttarakhand States. He said that the Union Government was to bear 90 percent cost of the Water Component and the rest 10 percent was to be borne by the beneficiary States.

Himachal Pradesh and Uttarakhand have requested the Union Government to fund 90 percent cost of the Power component also due to limited budget resources of hilly States and comparatively less benefits of project to these States, he added.

He also urged the Union Minister to expedite this case to avoid cost escalation in this project as all the issues related to relief and rehabilitation also have to be borne by the States of Himachal and Uttrakhand.

Union Minister of Water Resources, River Development and Ganga Rejuvenation Gajinder Singh Shekhwat urged the Chief Ministers of all the stakeholder States to ensure effective coordination so that the work on this Project of National importance could be taken in hand soon.Secretary Jal Shakti Vibhag Dr. Ajay Sharma and other officers were also present on the occasion.