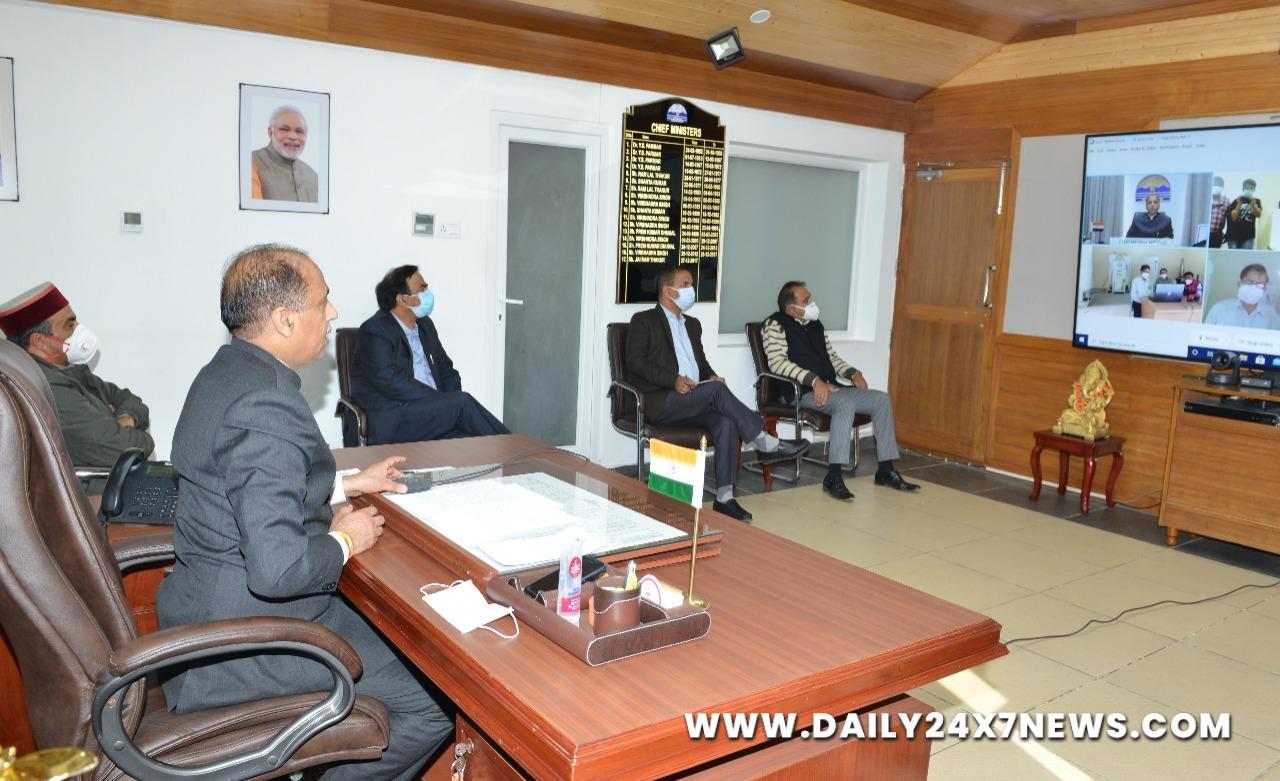 Shimla : Chief Minister Jai Ram Thakur virtually inaugurated 300 LPM capacity PSA Oxygen plant in Dr. Y.S. Parmar Government Medical College Nahan in Sirmour district from Shimla today.While speaking on the occasion the Chief Minister said that the Government has taken several initiatives to combat the COVID pandemic in the State. He said that to provide better health care to COVID patients and to meet the oxygen requirements of COVID-19 patients, the State Government has set up this PSA Plant at Medical College Nahan. He said that machinery for this plant was provided by the Government of India and the gas manifold plant, oxygen pipeline, civil and electrical works were carried out by the State Government by spending about Rs. 58 lakh. He said that a total of  Rs. 1.25 crore has been spent on this plant.Jai Ram Thakur said that this plant would produce oxygen at the rate of 300 liters per minute (LPM) and has been connected to the oxygen pipeline of the 25-beded COVID isolation ward. This plant would provide oxygen to acute patients requiring ventilator support and further reduce dependence on oxygen cylinders, he added.Chief Minister said that till now oxygen cylinders had to be replaced after every two hours and with this plant, the dependence on labour and transportation would decrease significantly. He said that this would provide uninterrupted oxygen supply to the needy patients.Jai Ram Thakur said that the second wave of the Corona pandemic was more fatal, therefore it required more precautions.