Announces Degree College at Swarghat, upgradation of PHC Bhakra to CHC and opening of Ayurvedic Dispensary at Dhulet 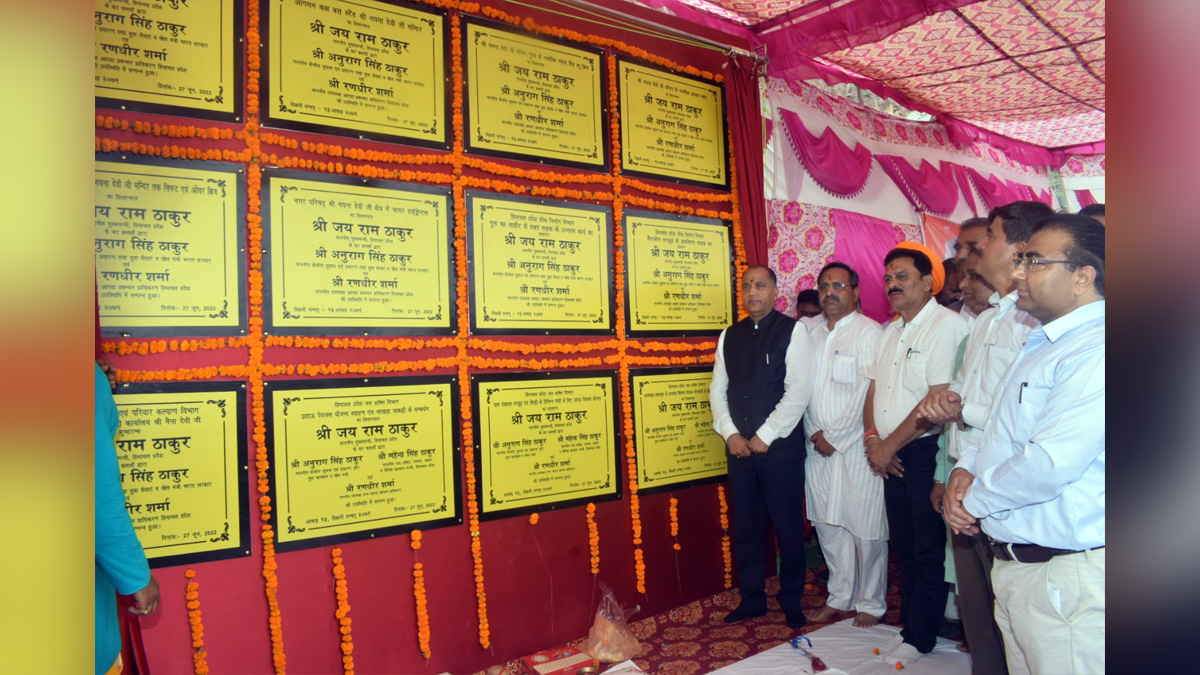 Chief Minister said that the foundation stone laid for construction of barrier free elevator would facilitate specially-abled persons, pregnant women, Senior citizens visiting Shri Naina Devi Ji. He said that the construction of suspended glass deck would facilitate pilgrims and local residents to enjoy adventurous and panoramic view of Govind Sagar, besides giving boost to tourism in the area.

The Audio Video system would facilitate in providing live darshan of deity during walk from bus stand to temple and will also help to communicate important messages to pilgrims during rush hours.Chief Minister said that Rs. 136 crore has been sanctioned for 16 drinking water schemes in Shri Naina Devi Ji Vidhan Sabha area.

He said that in order to gain people’s support and trust, there is a need to understand the plight of the people and ensure all-round development by rising above political vendetta. Due to this vision of BJP the people of Country and State have shown trust in the party’s leadership.

State Government is committed for the empowerment of women : Jai Ram Thakur