BJP at the Center and in the state has Worked for the overall development of all sections of the society : Trilok Jamwal

Congress party is misleading the public, BJP's strong government will come into power in 2022 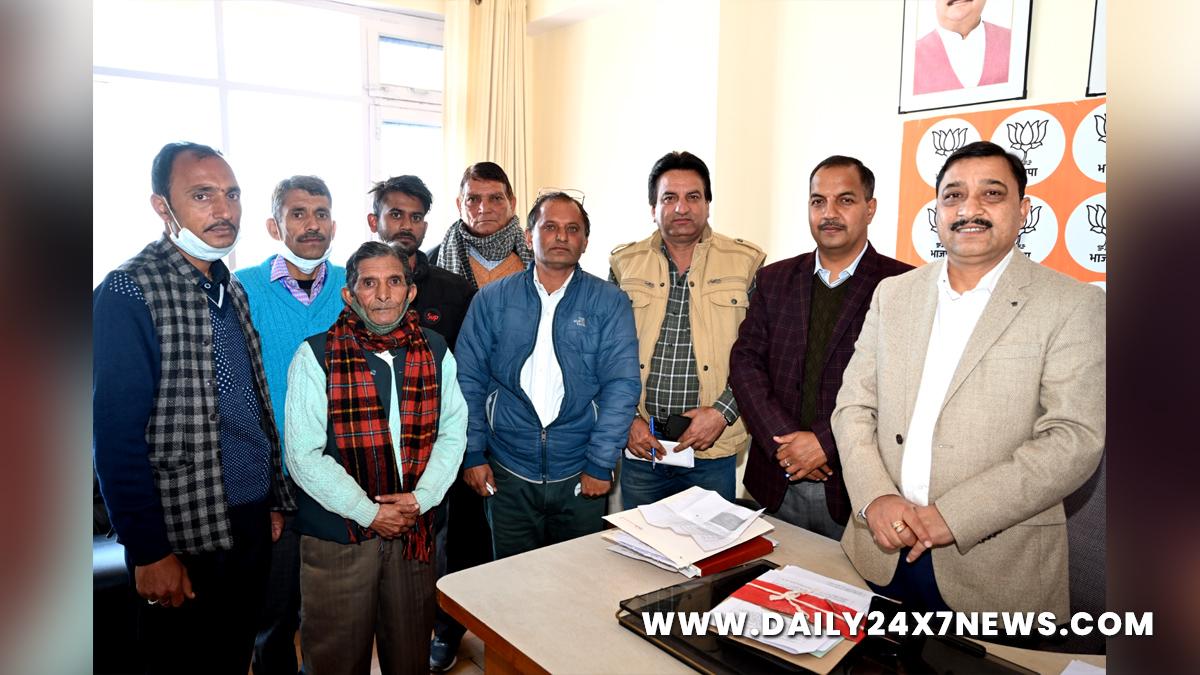 He said that we are mentioning in clear words that a strong BJP government is going to be formed in Himachal Pradesh in 2022, BJP has worked for the overall development of all sections at the Center and in the state. Policy and plans have been formulated for each section.Congress is only dreaming of forming the government in 2022.He said that the Modi government has given health coverage of Rs 5 lakh annually to about 55 crore poor under the Ayushman Bharat scheme. Earlier, if a poor family member got cancer, they had to sell off their land for the treatment.Similarly, our state government has provided a benefit of 85 crores to 96382 people of the state under Him Care Scheme.He said that Congress in its 70 years has done nothing except just taking votes. No attempt was made to strengthen the people. If Congress had done this, then after coming to power in 2014, Prime Minister Narendra Modi would not have had to give Izzat Ghar (toilets) to about 10 crore women.