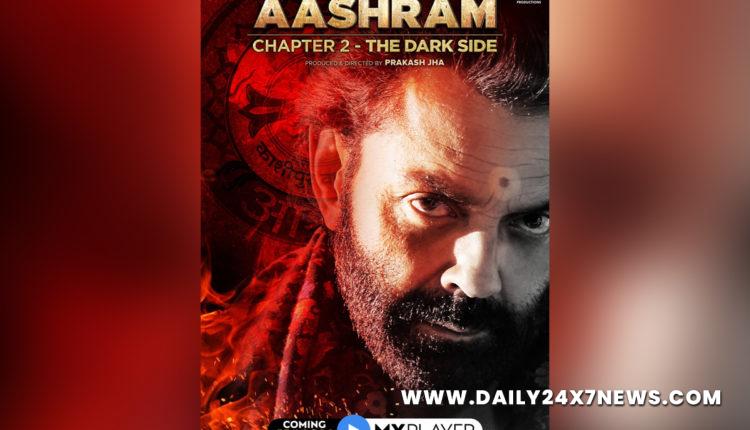 Mumbai : The teaser of Aashram season two is out on Thursday, and lead actor Bobby Deol says in the new season his character, Kashipur Waale Baba Nirala, bends every rule.Titled “Aashram: Chapter 2 The Dark Side”, the second season starts on November 11.”I can’t thank the audience enough for making the first edition of this series such a huge success. In the next chapter, watch Kashipur Waale Baba Nirala bend every rule to suit himself, showcasing a side that no could have even dreamt of,” said Bobby.The Prakash Jha show is written by Habib Faisal. The cast, along with Bobby, features Aaditi Pohankar, Darshan Kumaar, Chandan Roy Sanyal, Anupriya Goenka, Adhyayan Suman, Vikram Kochhar, Tridha Choudhury, Tushar Pandey, Rajeev Siddhartha, and Sachin Shroff among others. It streams on MX Player.

Policy for providing maximum relief to industrialists & businessmen/traders to be formulated within a week: Bharat Bhushan Ashu

Theatre exists only in the moment of its performance : Rajat Kapoor

Who is Richie Mehta, who won first International Emmy for India?

Theatre exists only in the moment of its performance :…

Who is Richie Mehta, who won first International Emmy for…

Could’ve been big singer if I was a nepo kid : Jaan…

For me, ‘Delhi Crime’ has always been a winner:…