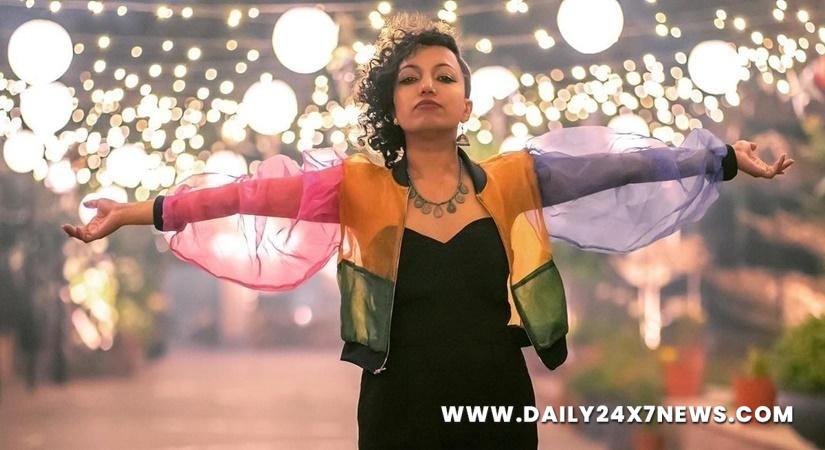 New Delhi : Dubai-bred and Brooklyn-based singer and composer Shilpa Ananth release a brand new song ‘Fear that showcases her signature style of melding Indian melodies with R’n’B, funk, and a touch of pop.The multilingual singer – who was a featured artist on the Grammy-nominated album ONA by Croatian-American jazz vocalist and composer Thana Alexa and has recorded and performed with Grammy award-winning composers like AR Rahman, Bobby McFerrin, Bill Whalen, and Javier Limon’s ‘Original Quartet’ – turns in an emotional and empowering performance in ‘Fear’, produced by another Berklee graduate and Los Angeles-based producer, Drew of the Drew.Shilpa’s music of ever-morphing combinations of South Indian, jazz-soul and electronic influences is an apt foil for ‘Fear’, a story of contrasting emotions between doubt and anxiety which later on transform into empowering and inspiring.”‘

Fear’ is a story about a woman that has been a victim her entire life, controlled by her regrets and everything she is too afraid to say or do, constantly haunted by the choices she never made and the traps she keeps falling into,” says the Berklee College of Music graduate and now a teacher at Berklee Abu Dhabi.The accompanying video, directed by Suruchi Sharma of Studio Ainak, depicts the inner turmoil and prison of doubt the central character finds herself in and finally her triumph over fear.”The lyrics reflected the pain and struggle I was going through at the time, where every turn in my musical journey felt like it was leaving me with more questions than answers,” Shilpa says.”The song and video were both completed just before the first official lockdown of 2020 and since then it has been sitting in the vault for over a year because I didn’t feel like it was the right time to release but the reason why I have put this out now because I am done with my inner fear taking control of my narrative,” she adds.’Fear’, distributed by maajja globally, was released on September 30. Her second EP Reproduction will follow next year.

All places of worship in Maha open doors, devotees out in force

‘Who are accused, whether arrested or not’: SC seeks answers on Lakhimpur Kheri violence