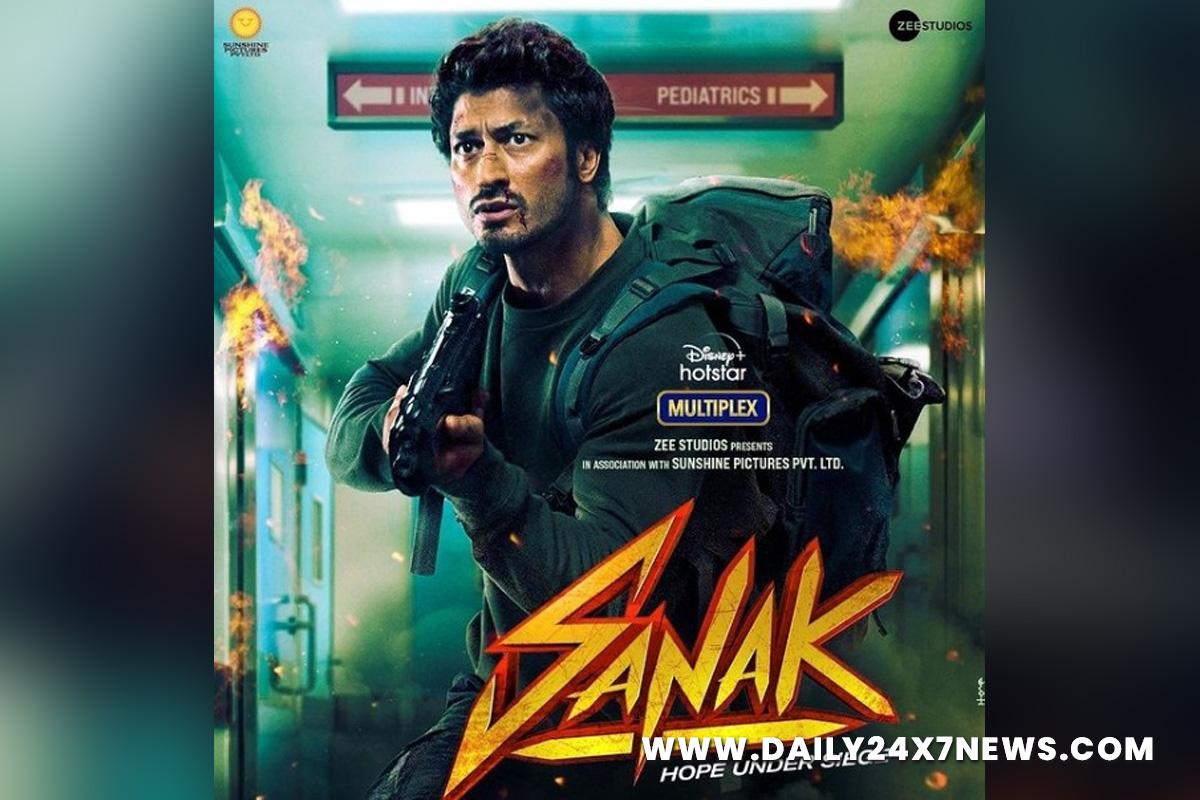 Mumbai : Action star Vidyut Jammwal’s upcoming film ‘Sanak – Hope Under Siege’ will be released digitally on Disney+ Hotstar.The Vipul Amrutlal Shah and Zee Studios film is directed by Kanishk Varma. It also stars Bengali actress Rukmini Maitra. Along with the announcement, the makers have also launched a new intriguing poster featuring Vidyut holding a gun, looking like a man on a mission.

The film is all set to bring out the emotional journey with action packed sequences. Vidyut plays the central character in the movie, he is pairing with producer Vipul Shah for the fifth time in his career.The film also stars Chandan Roy Sanyal and Neha Dhupia. ‘Sanak – Hope Under Siege’ is presented by Zee Studios in association with Sunshine Pictures Pvt Ltd.It is a Vipul Amrutlal Shah production, directed by Kanishk Varma. The release date of the movie will be announced soon.

I’m looking at 2022 as a transition period : Tahir Raj Bhasin