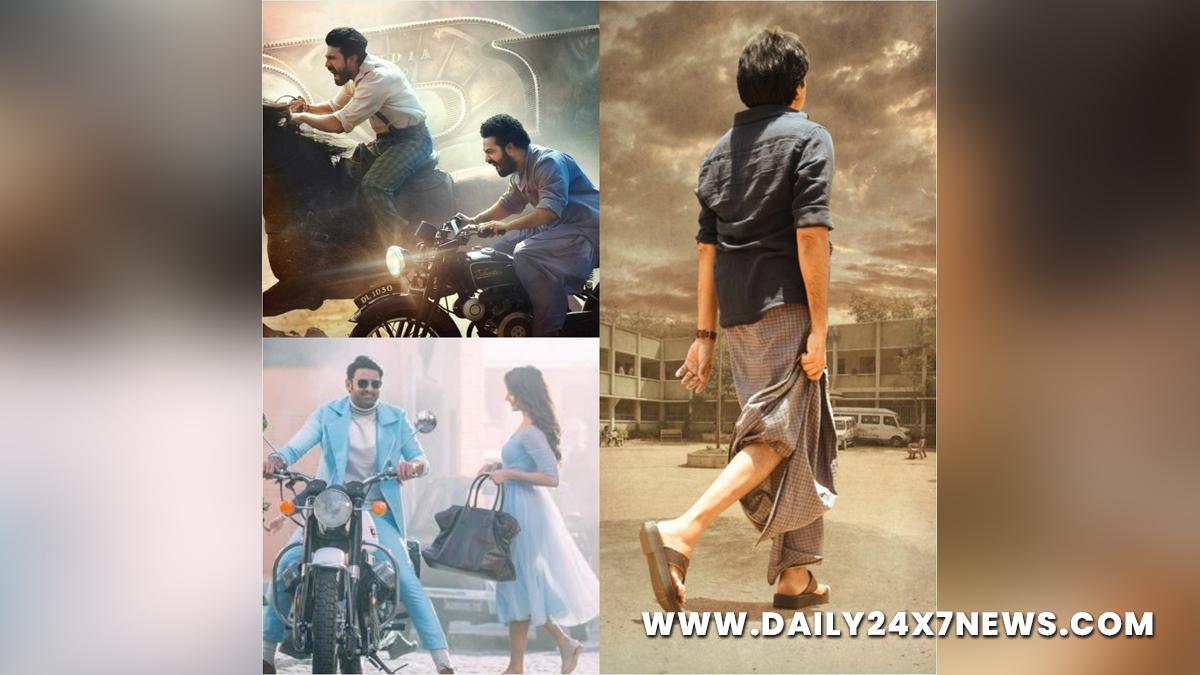 Hyderabad : Sankranti is a festival of harvest and is prominently celebrated in the southern part of India. For the Telugu people, Sankranti or Makar Sankranti has always been about merriment and entertainment.That is why Telugu movies that are released during this festival grab more attention than the others.Biggies like Prabhas and Pooja Hegde starrer ‘Radhe Shyam’, Pawan Kalyan and Rana Daggubati starrer ‘Bheemla Nayak’, and NTR, Ram Charan starrer ‘RRR’ are slated for their respective releases during Sankranti, which has made it even harder for the analysts and traders to decide on the business of the movies.No doubt, the makers of Mahesh Babu’s ‘Sarkaru Vaari Paata’ pushed their release further to April.

As the anticipation around the movie releases increases, it is reported that the Telugu movie buffs have started betting on their favourite movies and their box-office collections, which would be released during Sankranti.While some of them think any of the above movies might get postponed due to high competition, the fans seem to be waiting for the updates.The fact that the audience who prefer to watch the movies at the theatres during Sankranti is proportionately high, there is a tough competition between the producers and moviemakers to book the dates for their movie releases.The revenue generated from the movies during the Sankranti season is much more than the usual festivals or other dates.Apart from movies, Sankranti is also famous for cock-fights and community celebrations.