Song ‘Zidd’ is the spirit of ‘Rashmi Rocket’ : Taapsee Pannu 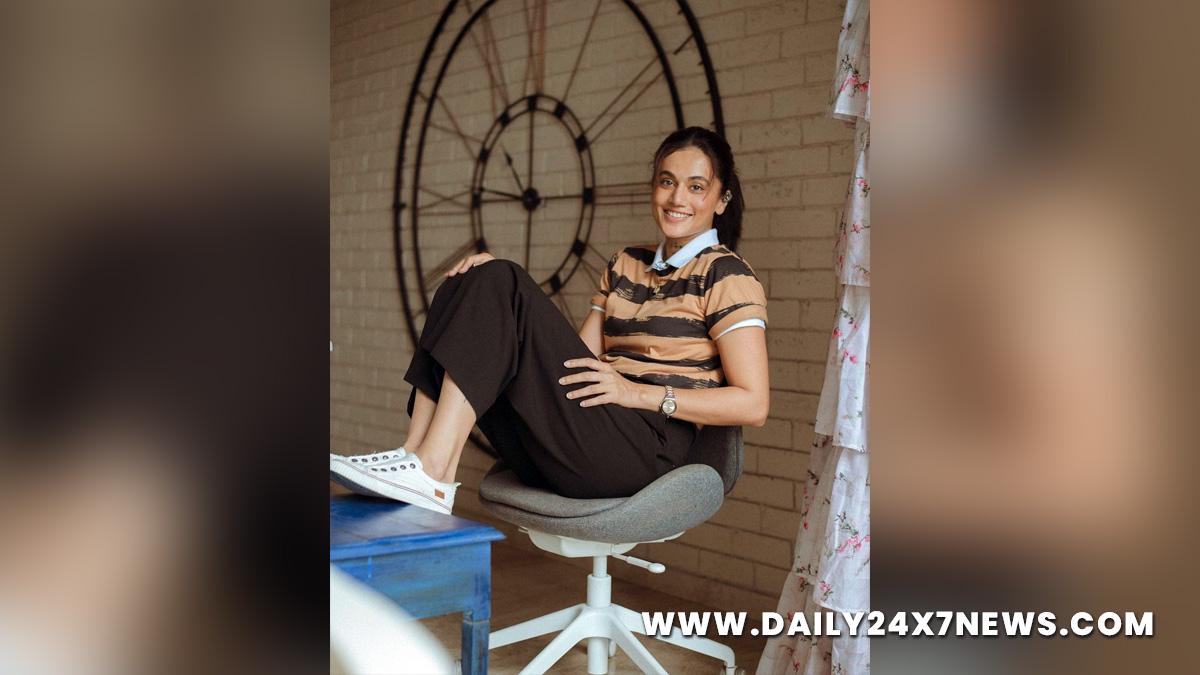 Mumbai : Actress Taapsee Pannu says the song ‘Zidd’ from her upcoming film ‘Rashmi Rocket’ is the spirit of her character Rashmi.’Zidd’ is sung by Nikita Gandhi, composed by Amit Trivedi and written by Kausar Munir. The song showcases the spirit of ‘Rashmi’ who decides to fight against all injustice to protect her respect, honour, and even her identity.Taapsee shared: “‘Zidd’ is full of energy and the lyrics are spot on.

This song showcases the grit and determination of Rashmi who has decided to win against all odds! I would say that this song in a way is the spirit of Rashmi.”She added: “Amit Trivedi has a done a wonderful job and it has been beautifully sung by Nikita Gandhi.”Produced by Ronnie Screwvala, Neha Anand and Pranjal Khandhdiya, written by Nanda Periyasamy, Aniruddha Guha and Kanika Dhillon and directed by Akarsh Khurana, the film also stars Supriya Pathak, Abhishek Banerjee, Priyanshu Painyuli and Supriya Pilgaonkar.It is set to premiere on ZEE5 on October 15.

‘Sanak’ will inspire you to be a better version of yourself : Vidyut Jammwal