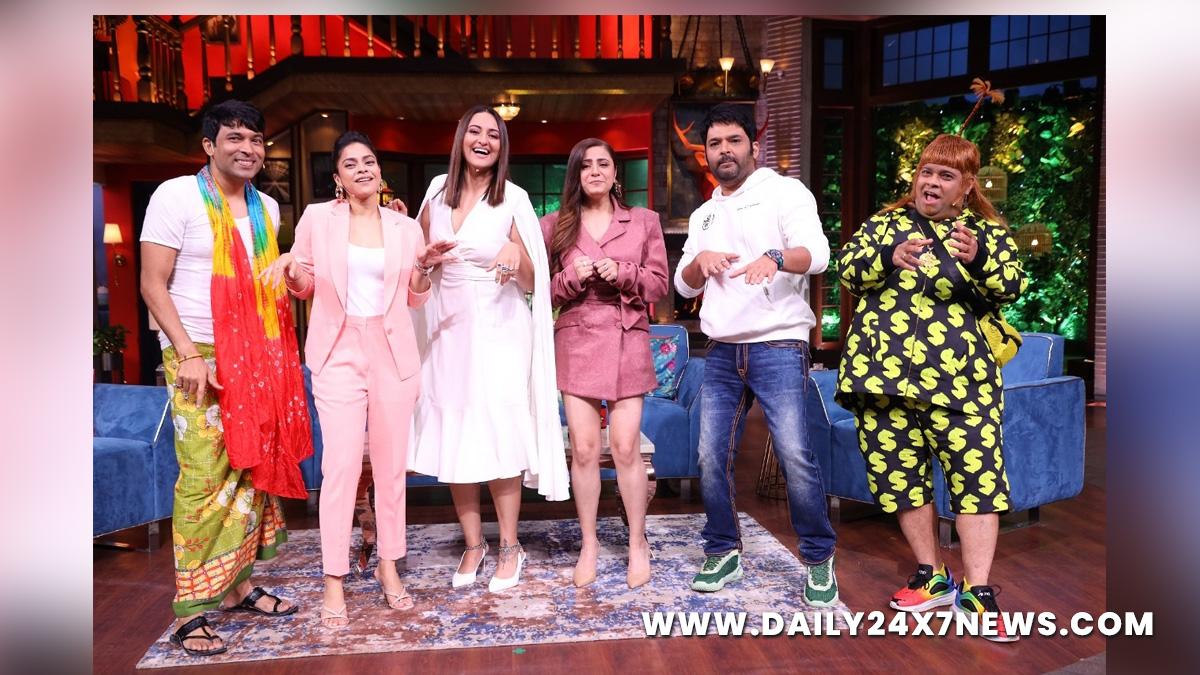 Mumbai : The upcoming Saturday and Sunday episodes of ‘The Kapil Sharma Show’ will see the presence of Bollywood actress Sonakshi Sinha. Beside that on the sets of the show will be Sonu Nigam, Hariharan, Shaan, Talat Aziz, Sameer Khan, Ash King, Kumar Taurani, and Shamir Tandon.Joining Sonakshi later would be singer Raashi Sood. Engaging with the guests, Bharti Singh, Sumona Chakravarti, Chandan Prabhakar, Sudesh Lehri, Krushna Abhishek will enliven the mood with their hilarious antics.

Furthermore, Sonu Nigam will imitate well known singer Hariharan, and all the guests inhale helium to sing in funny voices. Also, one can expect fun banter with the host Kapil Sharma as he even gets up to shake a leg with Sonakshi.’The Kapil Sharma Show’ airs on Sony Entertainment Television.

Pratik Gandhi’s hilarious revelation about his days of struggle