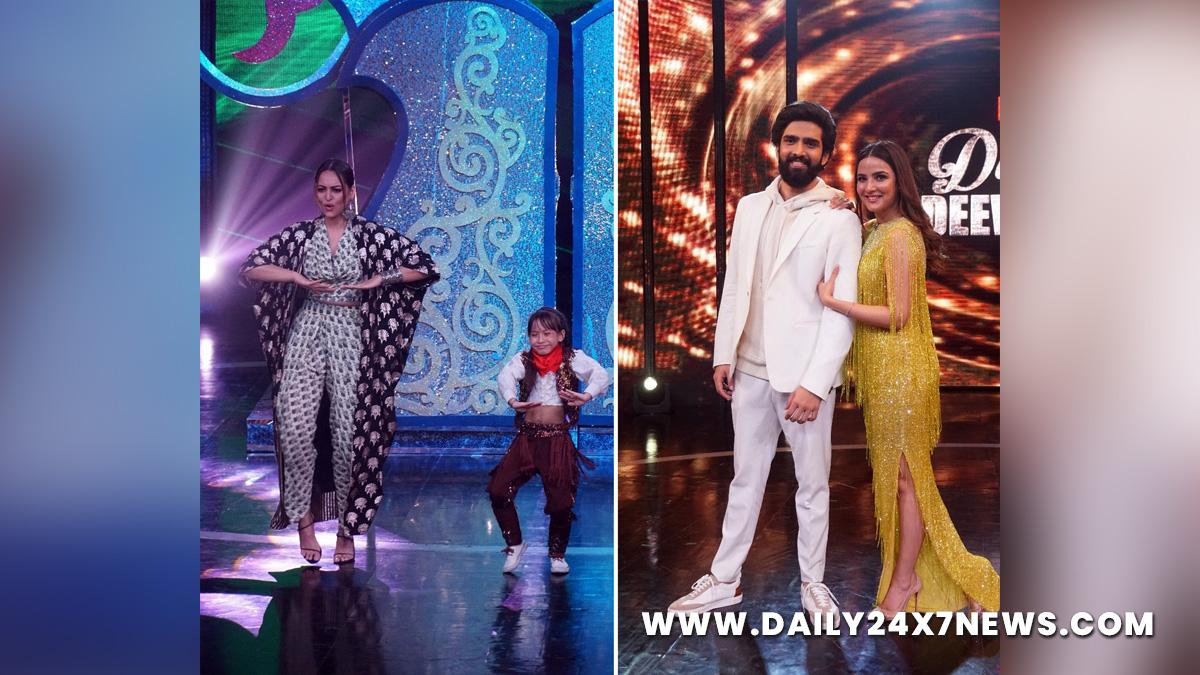 Mumbai : Bollywood actress Sonakshi Sinha, singer, lyricist and music composer Raashi Sood, singer Amaal Mallik and actress Jasmin Bhasin will be seen as celebrity guests on the dance reality show, ‘Dance Deewane’. The judges of this show Madhuri Dixit, Tushar Kalia and Dharmesh Yelande have been looking at all the performances but what caught the attention of everyone was the act by contestants Soochna and Vaishnavi.They enacted the story of dancer, singer and Tamasha (a traditional form of theatre) artist Vithabai Bhau Mang Narayangaonkar.

She was born in 1935 in the city of Pandharpur, Maharashtra. The most notable story of her life that is enacted by Soochna and Vaishnavi is when she was nine months pregnant and during the performance she went backstage and delivered the baby, cut the umbilical cord with a stone and joined the performance. All the judges and contestants shower them with appreciation. Madhuri Dixit says: “One true story, I salute Vithabai.”Contestants Piyush and Rupesh will give a power-packed performance to the ‘Meri Bebasi’ song from ‘Rockstar’. Sonakshi Sinha appreciates saying: “It seems to me as if I am watching a movie.” Aman and Yogesh will leave everyone rolling on the floor with their humorous performance as they become Dharmesh and Tushar’s son respectively.’Dance Deewane’ airs on COLORS.

If not well-directed, child actors can be rather irritating, not cute : Sanjay Kapoor