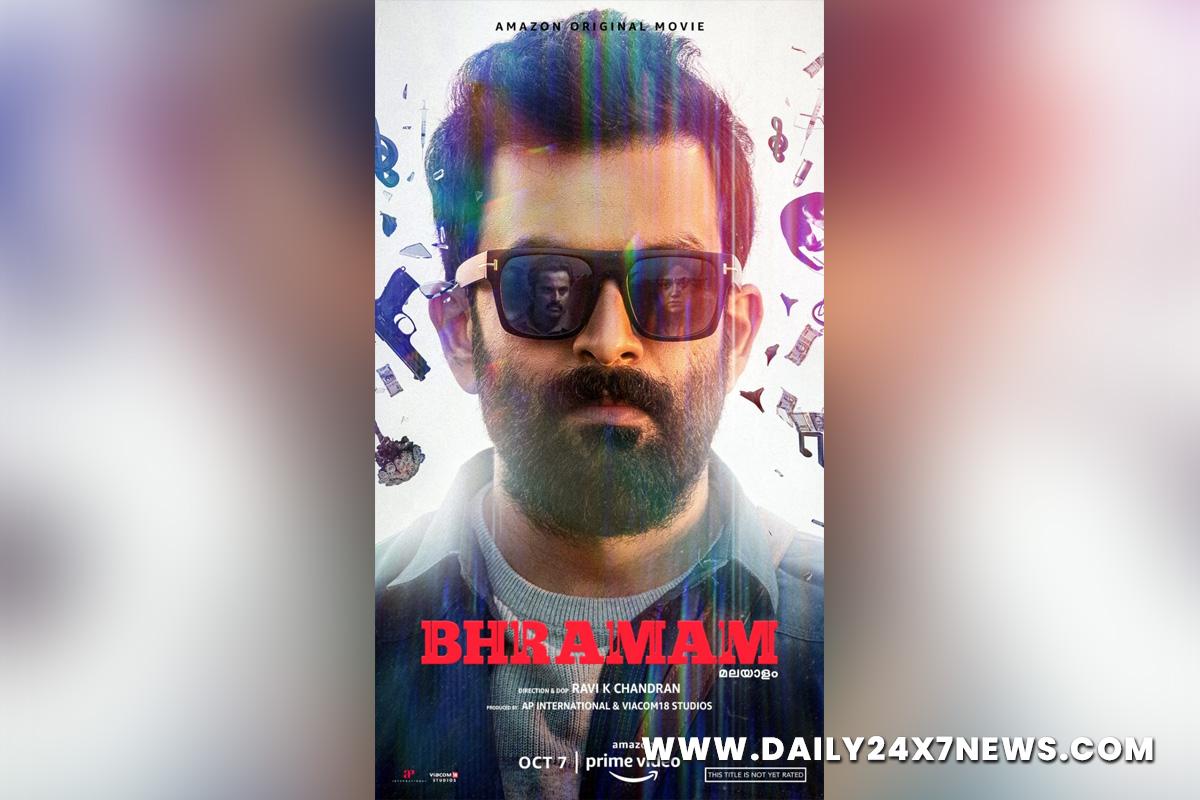 Kochi : Actor Prithviraj Sukumaran’s upcoming film ‘Brahmam’ will have a direct digital release on October 7. The movie is the Malayalam remake of Hindi film ‘Andhadhun’.Directed by Ravi K Chandran, ‘Brahmam’ also stars Unni Mukundan, Raashi Khanna, Sudheer Karamana and Mamta Mohandas in key roles. The film will stream on Amazon Prime Video.”Taking the scale of production a notch higher than the original, some unique elements of drama and humour have been weaved in ‘Bhramam’ along with a heady punch of music that discerningly fits into the narrative.

I am happy that we have managed to push the envelope further in terms of cinematography and have brought our creative vision to life with such a nuanced storyline and hopefully, along with a talented team, we have been able to put together a film that will leave the audiences thoroughly entertained,” says director Ravi.The film dwells on the dualities of a pianist who pretends to be blind, essayed by Prithviraj Sukumaran.Vijay Subramaniam, Director and Head, Content, Amazon Prime Video, India says: “It is great to collaborate with Prithviraj once again whose films ‘Cold Case’ and ‘Kuruthi’ have received lots of love and appreciation from our customers. Given its gripping plotline and compelling performances, I hope ‘Bhramam’ receives similar adulation from audiences and establishes a benchmark in the crime thriller genre starting October 7.”‘Bhramam’ is produced under the banner of AP International and Viacom18 Studios.

I think every young composer can helm a solo project : Amaal Mallik