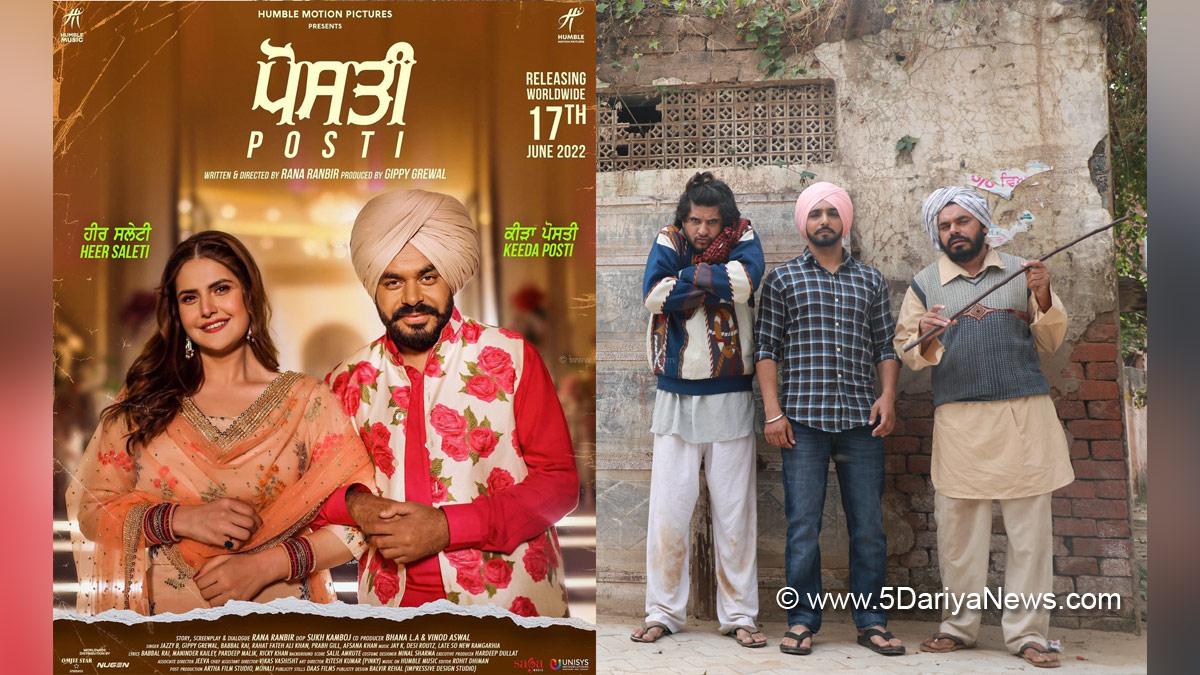 Chandigarh : Humble Motion Pictures’ project, ‘Posti’ after Ardaas, Ardaas Karaan, and recent box office hit, Maa, has been awaited by the audience for a long time, and now it’s set to release on 17th June 2022 worldwide.

The makers of the film executed a premiere where the presence of the cast and crew like Prince Kanwaljit Singh, Raghbir Boli, Vada Grewal, and Babbal Rai, along with many more enthralled the audience.

As Gippy Grewal has done in the past with the films under his production house, Posti also has an out-of-the-ordinary story about drug addicts shown in a different light.

The producer, Gippy Grewal is delighted about the work, “With Humble Motion Pictures, I try to bring out a concept that is new for Punjabi cinema but at the same time is associated with Punjabi roots as well. I am hoping that the film is a successful one and the audience takes home an important social message.”

The man behind the film, Posti, Rana Ranbir says, “Posti is very close to my heart as it took a long time to be represented amongst the audience. Now, that is here, I hope that the audience likes the representation of one of the biggest menaces in Punjab, drug abuse in a new light. With God’s grace, Posti is a hit all over the world.”

Prince Kanwaljit who has handled his screen presence well in the film, speaks about his experience, “I really felt that the reality is being spoken through our characters in the film about the ground reality in Punjab.

We want to provide a positive understanding about drug abuse with a little twist to the audience so that everyone takes home a lesson when they watch Posti.” ‘Posti’ RELEASING WORLDWIDE ON 17th JUNE 2022