Marathi film ‘Photo Prem’ to premiere digitally on May 7 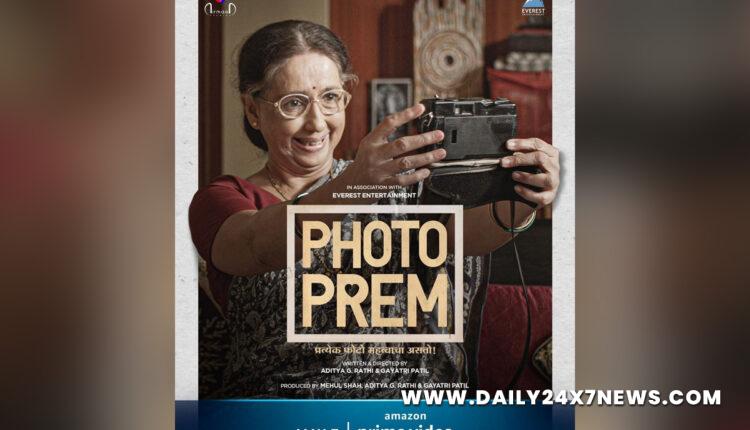 Mumbai : The Marathi film “Photo Prem” will be released digitally on May 7. The trailer of the film was released on social media on Monday.The drama features Neena Kulkarni, Amita Khopkar and Sameer Dharamadhikari. The story revolves around the life of Maee, a housewife, who is worried about being forgotten by the future generations after she dies because she’s doesn’t look her best in old pictures of herself. It is about her journey to overcome the fear of being clicked.The film has been directed and co-written by Aditya Rathi and Gayatri Patil.Talking about his film, Rathi says: “Photo Prem is an unusual story of a very usual scenario that everyone can relate to. It beautifully depicts the emotional and the most common human side of any person where they start thinking about how the world will remember them once they cease to exist.”Neena adds: “Photo Prem has such a nuanced and thoughtful storyline and it has been nothing short of a privilege to play a lead in this film. The movie portrays one of the most innocent and purest emotions and I did everything in my capability to do justice with the character. The quintessential story of ‘Maee’ in Photo Prem is one which deserves to be showcased as widely as possible. It is a movie for everyone and I hope it will be showered with the same quantum of love with which we made it.”Photo Prem will stream on Amazon Prime Video.

Rasika Dugal dedicates post to ‘Out Of Love 2’ cast