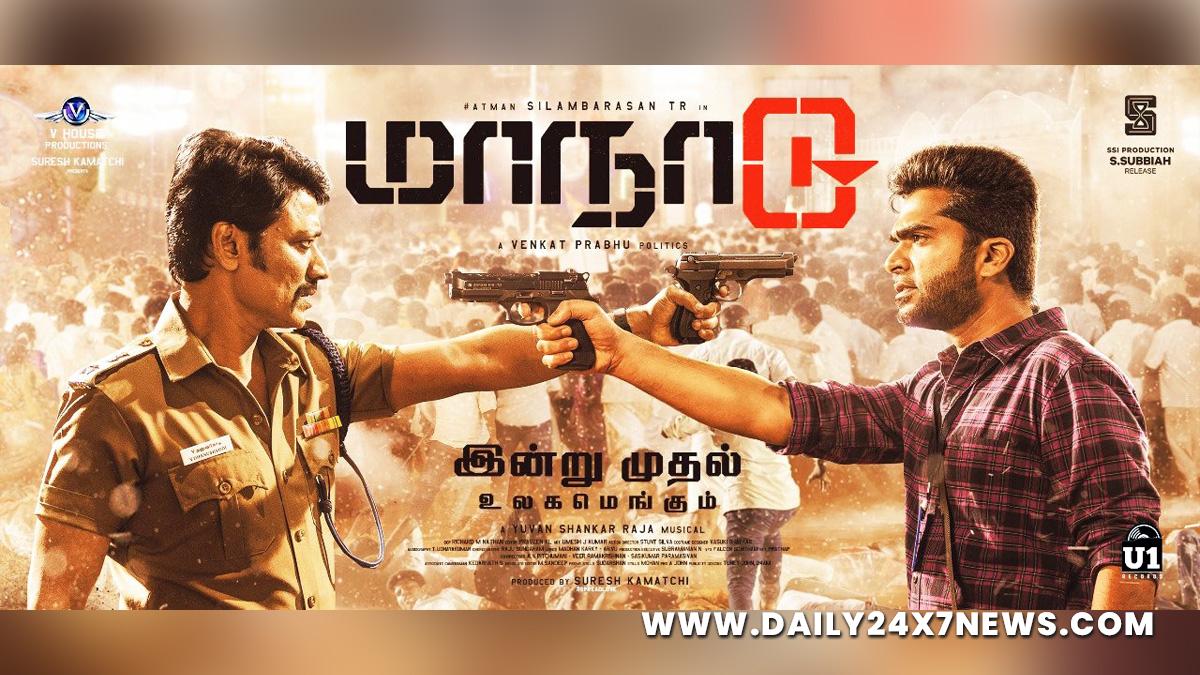 Chennai : Confusion over the release of Venkat Prabhu’s Simbu-starrer ‘Maanaadu’ continued well into Thursday early morning, with the shows of the film across Tamil Nadu being cancelled because of a KDM (Key Delivery Message) issue.The film’s distributor, Tiruppur Subramaniam, however, confirmed that the issue had been sorted out and the shows would resume at 7.30 a.m. onwards.”Thanks to the cooperation extended by everyone, the issue has been resolved. Financiers will send a mail in the next five minutes and shows will begin by 7.30 a.m.,” Subramaniam said.

Soon after, the film was released across the state, much to the delight of Simbu fans who had gathered in huge numbers outside various theatres.Earlier, many of the disappointed fans took to social media to ask the producer, director and actor what was happening and when the film would be released.Producer Suresh Kamatchi, taking to Twitter, said that everything was okay and apologised to the fans for the trouble caused. “Now it’s our time. God is great. Thanks to everyone who stood for me,” he said.Kamatchi then went on to add: “No matter how many difficulties arise, we will oppose them and overcome them. Did you think I would fall?”

As ‘Drushyam 2’ premieres on OTT, director Jeethu Joseph opens up