‘KBC 14’ contestant on Big B: He makes you feel like an equal 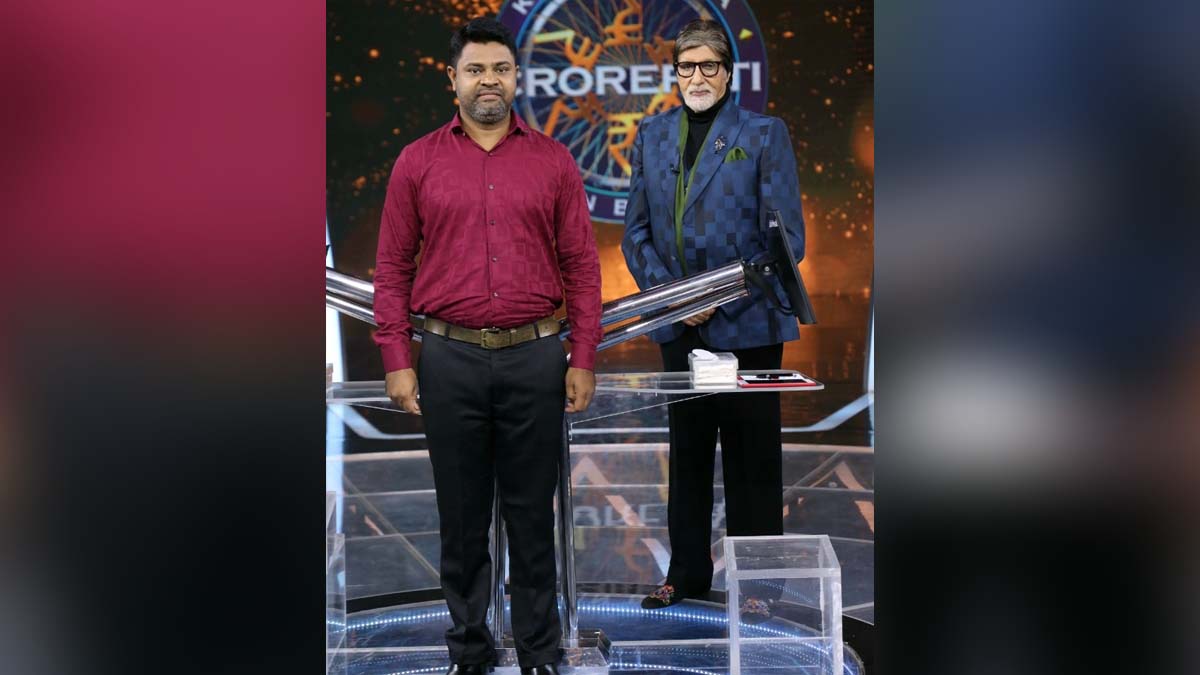 Mumbai : For Delhi-based Suraj Nair, nothing could be a bigger achievement than meeting the host and megastar Amitabh Bachchan on ‘Kaun Banega Crorepati 14’. He opened up about his journey and the challenges he faced to take the hotseat on the show.

During a conversation with Big B, he said: “From the very beginning, I was a fanatic of the show because unlike other shows, this was about knowledge. Thus, I developed a passion to go to ‘KBC’.”
“The show came in the era when there were fewer to no cell phones and so access to knowledge was not that easy,” added the 37-year-old IT professional.

However, he didn’t give up hope and worked hard to prepare as he watched the show standing in front of a barber’s shop.He revealed: “I used to make notes, watched the different episodes of the show and followed the question answers.

We had financial issues and so I used to watch KBC standing in front of the barber’s shop or random tea stalls. Ten-fifteen years ago I started applying for KBC. When I received the call for the audition, I got super excited and told my wife.”

On how tough it was to believe for him that he is on the quiz-based reality show, he concluded: “Can you imagine, sitting at some distance from a human being who is one of the greatest in Indian cinema and who you have till now only seen on TV conducting the question answers for the show? On top of it, Mr Bachchan talks to you on your level, he makes you feel like an equal.”‘Kaun Banega Crorepati 14’ airs on Sony Entertainment Television.

Naomi Osaka withdraws from Tokyo; Haddad Maia through to quarterfinals

Gajraj Rao on Ritwik Bhowmik : He has very expressive eyes like Ajay Devgn

Sunday vibes at their best! watch the two most favourite movies Saunkan Saunkne And…