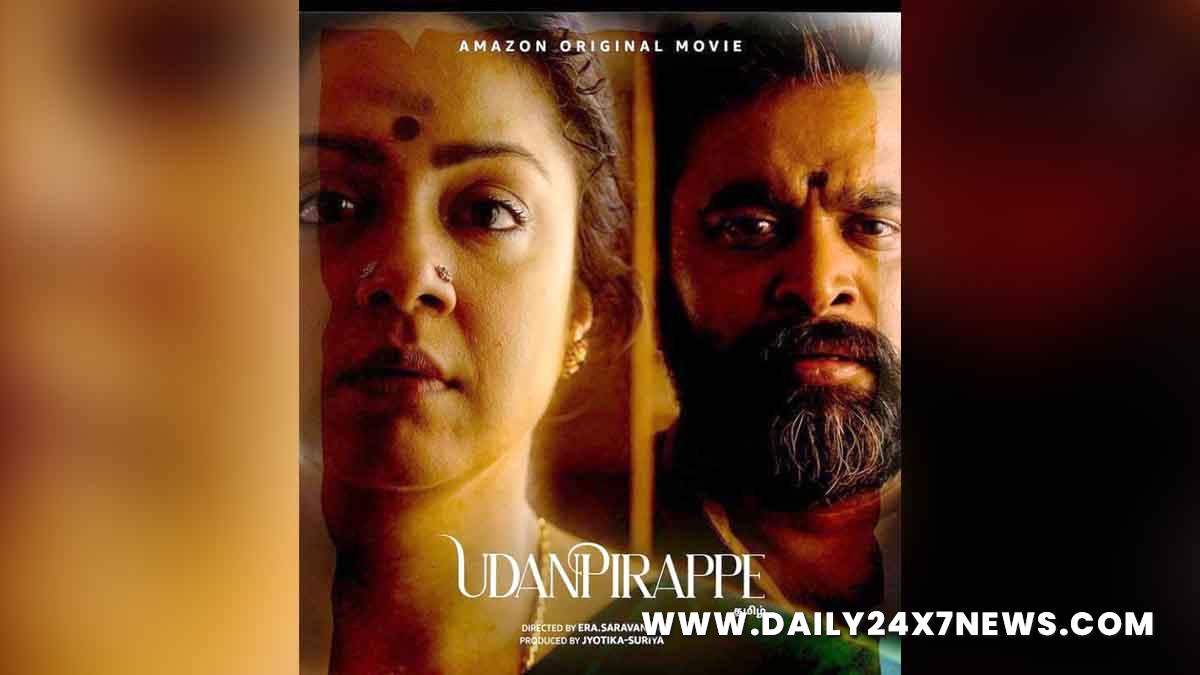 Chennai : The trailer of actress Jyotika’s film ‘Udanpirappe’ was released on Monday. The family drama marks the 50th film for the well-known actress.The film is written and directed by Era Saravanan, and is the second DTS film from the recently announced multi-film collaboration between Jyotika-Suriya’s 2D Entertainment and Amazon Prime Video.The trailer shows the story based in the Pudukottai district in Tamil Nadu. It is about two siblings Vairavan (portrayed by Sasikumar) and Mathangi (portrayed by Jyotika). While Vairavan thinks justice has to be claimed anyhow, Mathangi’s husband, Sargunam (portrayed by Samuthirakani) rests his belief in law diligently. As the differences intensify over the years, both get driven by the goal of uniting their families.

Expressing her excitement, Jyotika said: “Family and relationships have always been the core of my being. When I was narrated the story, I knew I wanted to be a part of this emotionally satisfying family drama. It has been a delightful experience working with a talented ensemble cast and putting together this labour of love and passion. ‘Udanpirappe’ is also my 50th film, and as an actor I am thankful for all the love my fans have showered on me over the years.”Suriya, Founder of 2D Entertainment, added: “It’s a heart-warming film brought to life by some fine actors and we believe it will resonate with audiences in India and beyond, and also bring families together this festive season of Dussehra.”‘Udanpirappe’ will stream directly on Amazon Prime Video from October 14.