‘It was pre-planned’: Payal Ghosh on suspected ‘acid attack’ 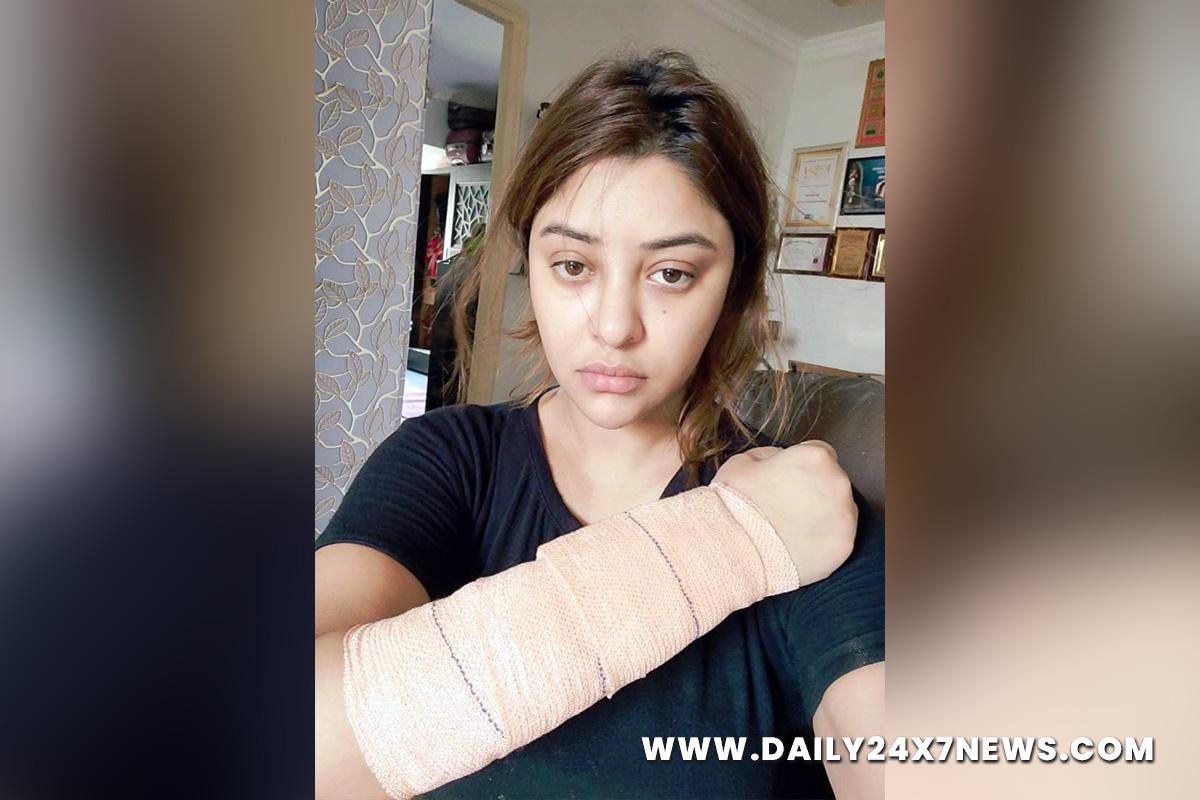 New Delhi : Actress Payal Ghosh, who has claimed that she was attacked with acid by some masked men when she was returning home after purchasing medicines in Mumbai, said she will take strict action and feels that this was a planned attack.Talking to IANS on whether she suspects anyone, Payal said: “Obviously, he is not a well wisher but it’s all planned.”The actress added: “I’m planning to take strict action on this.”In a video, Payal had claimed that when she was getting into her car, some men attacked her with a rod and that they had a bottle in their hand which she suspected was acid.

The actress recalled the moment and said: “I was travelling out for medicines after 10 pm. I was in my driving seat and some people with masks came and attacked me.She shared that she was hit on the “head” as well.”They hit on my head with an iron rod, I panicked and I shouted and the rod fell on my hand, they apparently had acid in the bottle,” she added.Payal says she is in trauma.”I can’t get out of it, It’s like a mental trauma. Thank God it was a public place and I shouted and these masked guys got scared,” she added.Payal had also given an update about her injury on her Instagram stories.”I couldn’t sleep the whole night, out of pain,” she captioned the image.