IANS Review: ‘The Beatles: Get Back’: A meandering documentary, but a treasure trove for fans 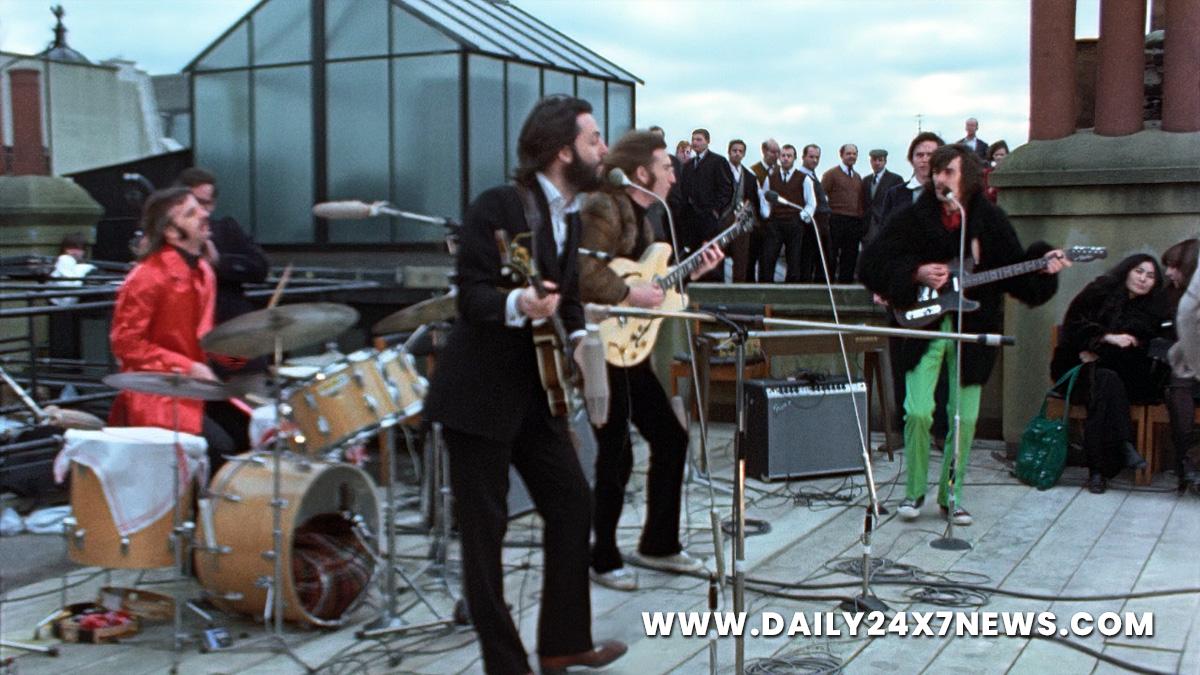 Mumbai : Directed by Peter Jackson, this three-part documentary series made from over 60 hours of film footage and more than 150 hours of audio recordings, captured during the ‘Get Back’ project in 1969, which was originally filmed for Michael Lindsay-Hogg’s 1970 documentary, is an exuberant yet tedious fare.It covers the making of the Beatles’ controversial 1970 rock album, ‘Let It Be’, which was the twelfth and final studio album of the rock band before they split.With old footage from dress rehearsals and live shows, clippings from print publications, and comic book-like illustrations, the documentary begins from 1956 in Liverpool.It tells us how the quartet joined hands together in 1956 and then travelled the world catering to Beatlemania. It tells us of their 1966 Manila tour, the making of the ‘Yellow Submarine’ album, and then the loss of Brian Samuel Epstein, the British music entrepreneur who was considered the fifth Beatle.

He managed the Beatles from 1962 until his death in 1967.The narrative then touches upon the Beatles’ trip to Rishikesh in 1968 and then settles to elaborate on the ‘Get Back’ project, which was the original name of the ‘Let It Be’ album.At the Twickenham Film Studios in January 1969, we see the discontent among the quartet. With the daunting task of writing and composing 14 new songs, early start of each day, along with intrusive cameras and microphones of Michael Lindsay-Hogg’s film crew, the pressure on the foursome is discernible.As they compose and rehearse numbers such as ‘Two of us’, ‘Taking a trip to Carolina’, ‘Just fun’, ‘Because you love me so’, and some other numbers from their older albums, you get to witness terse exchanges between members of the group. Conversations loaded with touches of sarcasm and wry British humour, disagreement and hostility are on the face.You also get to see how the impromptu public concert took place on the rooftop of Apple Corps, the recording studio that The Beatles had set up, at Savile Row in London, on January 30, 1969.There onwards, there is no plot to this documentary. The script meanders even as the events are captured and laid out in sequential order. For Beatle fans, however, these nine hours and 18 minutes of voyeuristic pleasure are a treasure trove.

Taking The Lead: Shivangi Joshi on playing the protagonist in ‘Balika Vadhu’