IANS Review: ‘Palm Springs’: Made to appeal to those who love time loop-genre films 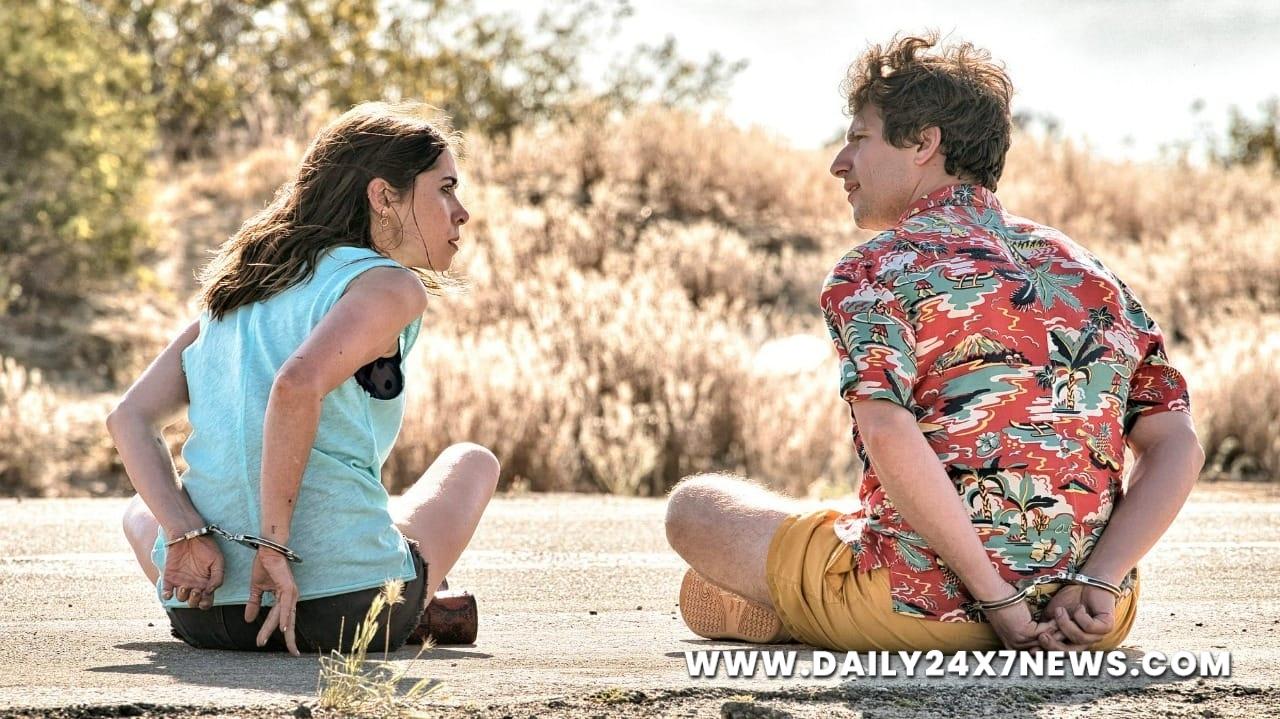 Mumbai : For the uninitiated, this film may initially appear as a stoner comedy, but a deeper look will make you realise that it is a sci-fiction romantic comedy where the protagonists are stuck in a time loop.Most audiences who have seen films like ‘Groundhog Day’, ‘Naked’, ‘Deja vu’, ‘Miss Peregrine’s Home for Peculiar Children’, or the Netflix series ‘Russian Doll’, will be familiar with the time loop concept. Director Max Barbakow’s ‘Palm Springs’ deserves to be added to this list of hallowed time loop films.The film opens with the camera focusing on a Mountain Goat standing on the edge of the eponymous oasis, while it is being ripped open by a giant computer-generated earthquake, but the narrative doesn’t actually begin until the moment Nyles (Andy Samberg) opens his eyes.He is the plus-one to his girlfriend Misty (Meredith Hagner) who has invited him along to an early-November wedding in Palm Springs. The day starts off with a quick sex session that suggests that Misty and Nyles are a mismatched couple who aren’t fit to reach the altar anytime soon.

During the course of the first act we are profoundly told, “Today, tomorrow, yesterday, all the days are the same”, “We are born lost and then we are found”, and “We are all f***king, alone.” It is these prophetic statements that wriggle their way into the psyche of the audience while watching the film.It’s at the wedding reception of Sarah’s (Cristin Milioti) sister that Nyles makes himself comfortable at the ceremony, getting drunk at the bar and stepping in at the right moment to save Sarah from making a drunken toast which she’d be sure to regret later.Sarah becomes smitten with Nyles and against her better judgement, follows him into a mysterious glowing cave that opened up during the earthquake we saw at the beginning of the film. Whoever enters the cave winds up cursed to relive November 9 forever. Thence Sarah too now trapped in that 24-hour loop with Nyles relives the wedding day again and again.

While the narrative with its delicate tone and swift pacing delights in orchestrating a series of absurd situations, such as picking fights, crashing into vehicles, and doing drugs. Such nihilism is more than just a comedic opportunity; it is a dramatic one as well.On the performance front, everyone seems to be having a great time delivering their parts with unabashed ease.While the film is visually bright and colourful, it is the aspect of the cave that is fuzzy. Also, the computer-generated images in the film are of mediocre quality that does not seamlessly merge with the live-action scenes.The repetition of the scenes is a creative concept of the time-loop genre and it is also the most frustrating aspect of this genre. The plot dwells on building patterns and subverting expectations, allowing the creator an unparalleled opportunity to retell a story, pulling at the edges and getting to answer an assembly of “what if” situations. In this film, the repetitive scenes are also used as a metaphor for the drudgery of real life.Overall, Palm Springs is a light romantic comedy that will appeal only to those who like time-loop genre films.