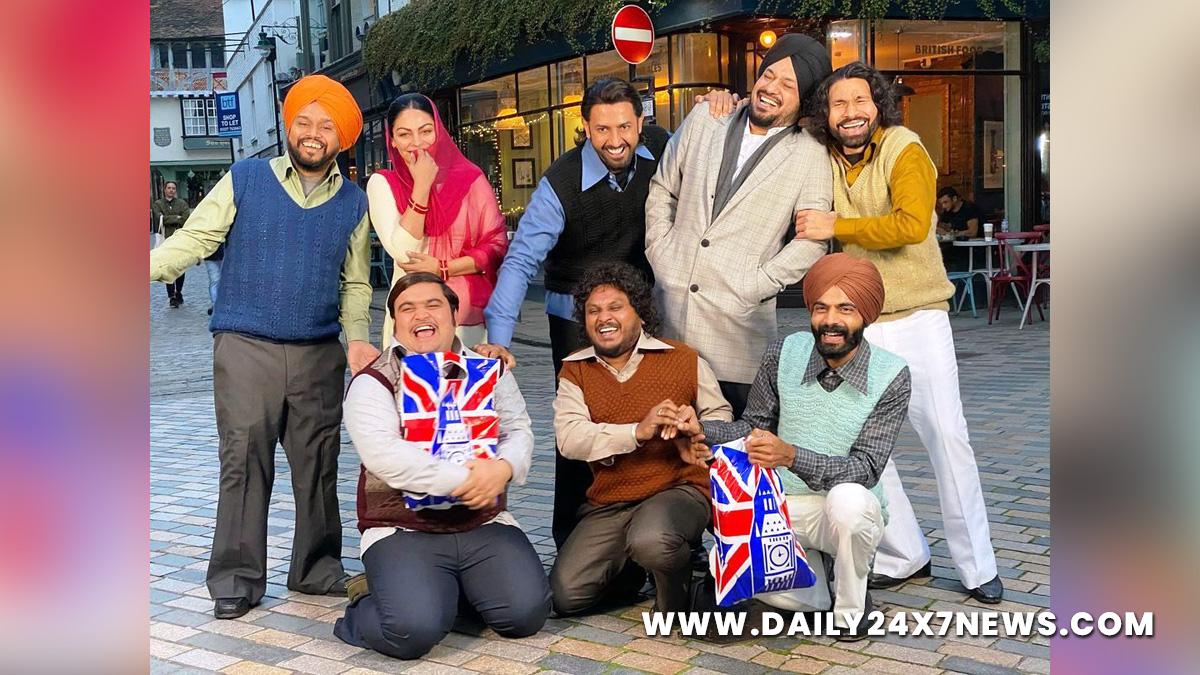 Chandigarh : There’s something incredibly satisfying about watching realistic movies. Most of us might have seen or heard of the days when festivals were celebrated by putting up fairs or setting ‘akhadas’ and a common man would buy lottery tickets to win it and change his destiny. All the memories would revive again when the rock star of Punjabi Industry Gippy Grewal and the charming beauty Neeru Bajwa will get together after 12 years in their upcoming film ‘Paani Ch Madhaani’.Astonishingly, the makers of the film have brought back the retro era of the 1980s, with their periodic music and looks. The music includes the essence of the retro musical instruments banjo and accordions that are extinct today. The looks are an incredible change where the actors are unrecognizable; the hairdo is according to the hairstyles people did then.

Not to mention, the director of the film ‘Daduji’ new to Punjabi Industry, with a strong sense of belief chose the best people to work with, and remarkably, is resulting as an eye catcher of the audience worldwide.Naresh Kathooria, seems like, has written the script in context of the artists that are playing the characters effortlessly. Gurpreet Ghuggi, Harby Sangha and Karamjit Anmol are like a backbone to any punjabi film that includes them and when they are together in this film, we can imagine to what extent this movie can prosper. The movie also includes Iftikhar Thakur, the famed comedy artist from Pakistan.Apart from all the fun and entertainment, setting an example, how Gulli in efforts to find his lost ticket, focuses on shortcuts and turns out to be more churning as ‘Paani Ch Madhaani’.The film is a full package of comedy, drama, romance and emotions to not further churn the water, the film will hit the screens at your nearest theaters on 5th November 2021.

To Carry All The Government Financial Transactions Through Cooperative Banks