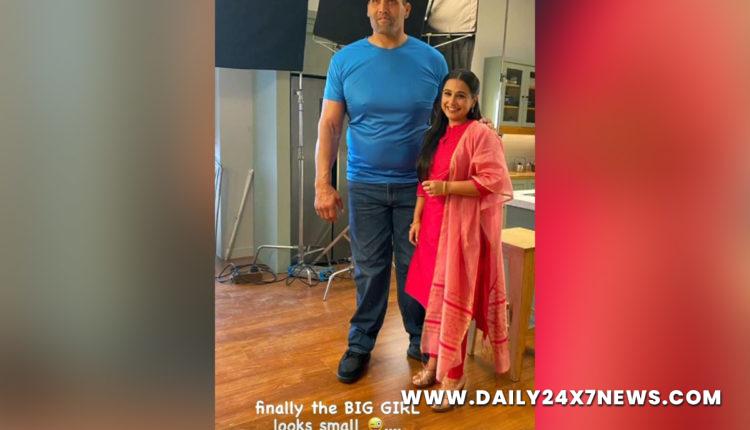 Mumbai : Actress Vidya Balan has shared a picture posing with Former World Wrestling Entertainment (WWE) champion Dalip Singh Rana, popular as The Great Khali.”Finally the BIG GIRL looks small With @thegreatkhali!” she captioned the picture she posted on Instagram StoriesVidya did not share details on why she met the wrestler.The actress was last seen in last year’s digitally released film “Shakuntala Devi”, tracing the life of mathematician Shakuntala Devi, who was also known as the “human computer”.Also featuring Sanya Malhotra and Jisshu Sengupta, the film is directed by Anu Menon

Kajol doesn’t pay much attention to her imperfections