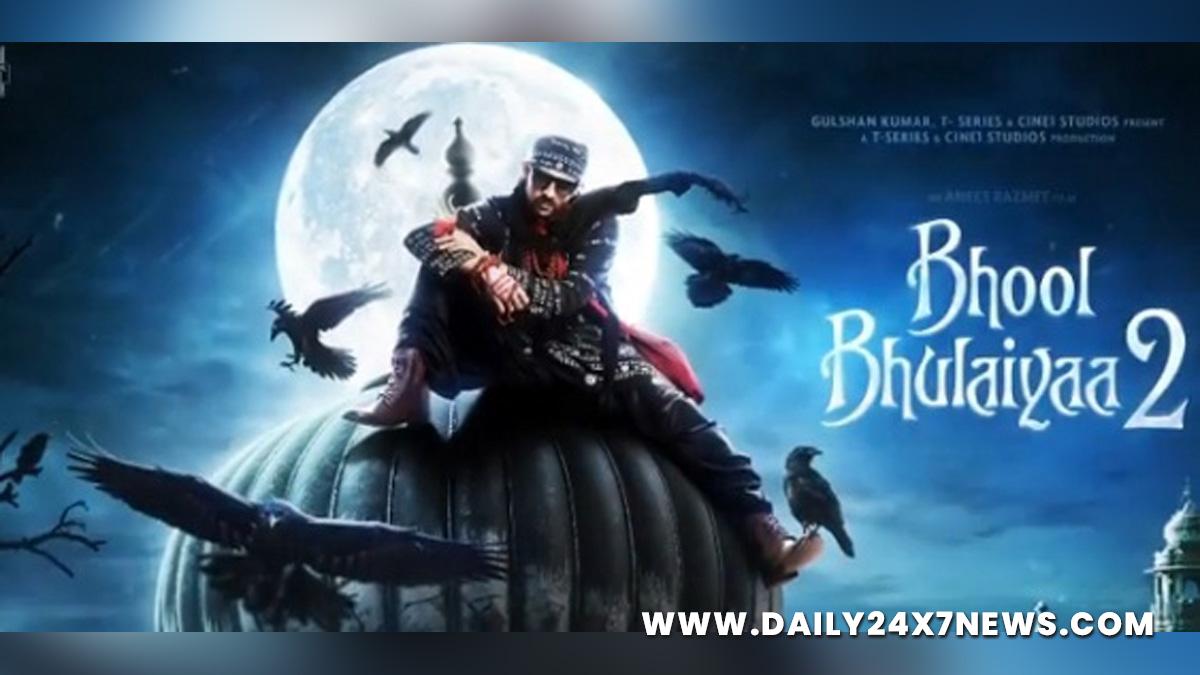 Mumbai : Actor Kartik Aaryan unveiled the first look and motion poster of his upcoming film “Bhool Bhulaiyaa 2” on Tuesday. The film will release on March 25, 2022.The actor uploaded it on his Instagram page, where he is seen in the get up similar to that of Akshay Kumar’s in the 2007 instalment of the film.

Kartik in seen in the get-up of a sadhu, sitting atop a building with a dark undertone in his surrounding and crows around him.The actor captioned the motion poster as: “25th March 2022, Bhool Bhulaiyaa 2, at a theatre near you.””Bhool Bhulaiyaa 2”, is directed by Anees Bazmee and stars Kiara Advani.