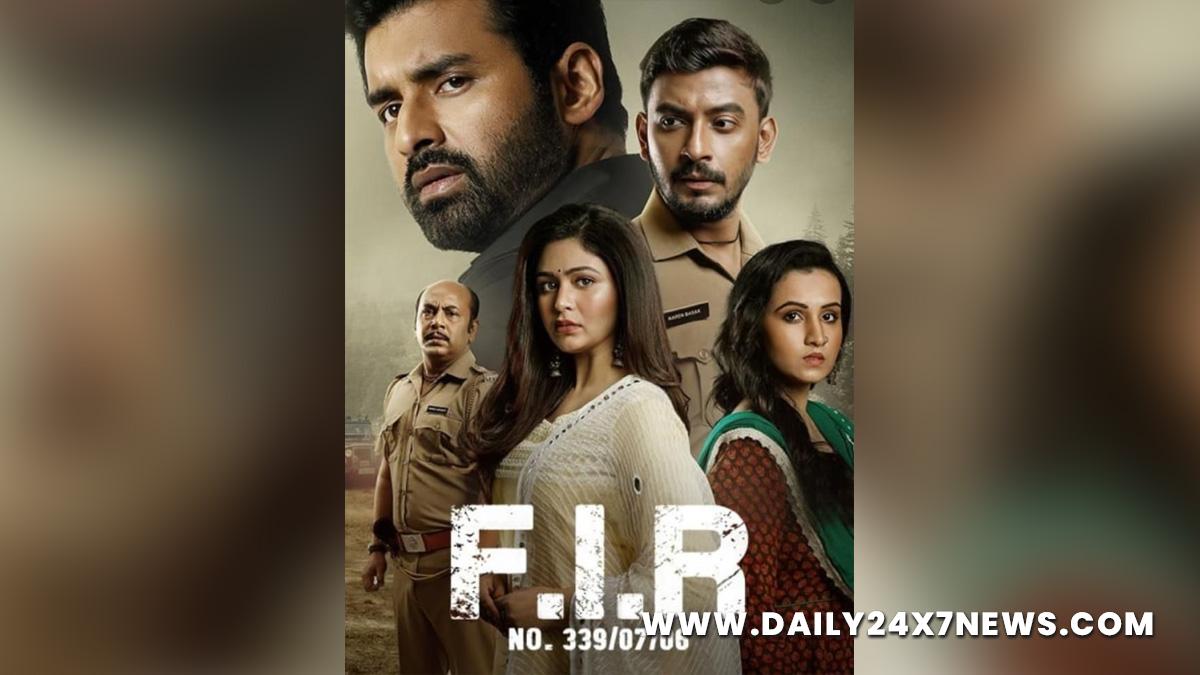 Mumbai : Bengali film ‘F.I.R. No. 339/07/06’ starring Bonny Sengupta, Ankush Hazra, Falaque Rashid Roy and Ritabhari Chakraborty is digitally releasing on Friday after a theatrical stint.After a theatrical release on October 10, the Joydeep Mukherjee directorial ‘F.I.R. No. 339/07/06’ is now available on ZEE5.Mukherjee said: “The film reflects a society where a situation may not always be black and white.”It is a story about Raghunathpur, a small village in Birbhum, which is run by two powerful men from two rival political families. Things come to a sudden stupendous halt when key members of Mishra and Samaddar’s gangs are found dead one after the other, under mysterious circumstances.

This naturally propels the rivalry between Mishra and Samaddar to an altogether different point, as they suspect the other party to be behind it and a police investigation begins to uncover the truth and the murderers.Actor Bonny Sengupta added: “‘F.I.R. No. 339/07/06’ is a great film with an engaging plot. It was a treat to play this character which was challenging and gratifying in equal parts.”Speaking about the world digital premiere, Manish Kalra, Chief Business Officer, ZEE5 India, shared: “‘F.I.R. No. 339/07/06’ is a striking edge-of-the-seat thriller which will keep you glued to the screen from start to end and we are happy to bring this experience to your home”.