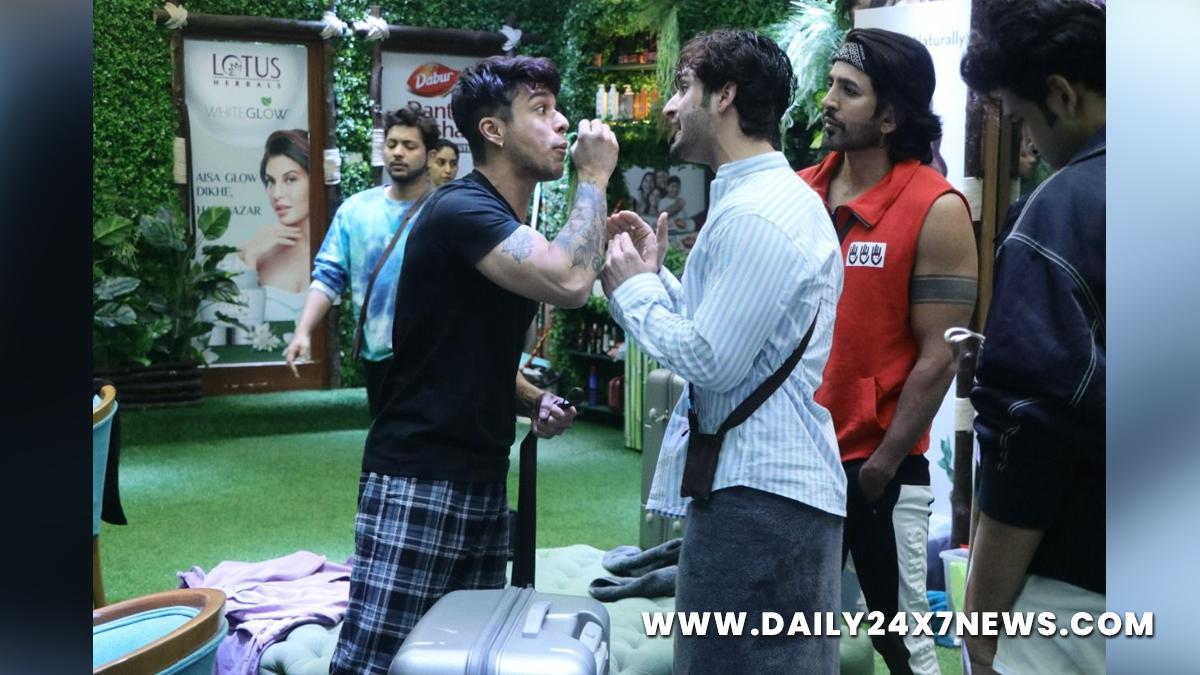 Mumbai : The relationship between Tejasswi Praksh and Karan Kundrra inside ‘Bigg Boss 15’ house remained the topic of discussion not only among ‘Bigg Boss’ fans but also in the media conference.Though now it seems that their sweet relationship is taking a backseat because of the growing bond between Tejasswi and Vishal Kotian. It is now bothering Karan and he will be having conversation with Tejasswi on the same that can be seen in the upcoming episode.Tejasswi clarifies to Karan that she and Vishal are just friends and she will not distance herself from him. But Karan says: “Teja, listen to others also.”

Meanwhile, Pratik Sehajpal and Umar Riaz again get into a verbal spat over daily chores and Umar warns Pratik: “Be in your limits. Don’t cross the lines.”Furthermore, the media has decided about the top 5 contestants that includes Karan Kundrra, Tejasswi Prakash, Nishant Bhat, Pratik Sehajpal and Shamita Shetty.The ‘Top 5’ have a chance to save one contestant each, and the remaining contestants will be evicted from the house. The task especially puts Shamita in a spot as she has to choose between her ‘Rakhi’ brother Rajiv and her friend Neha. Now she will choose Rajiv Adatia. But more will be confirmed in the episode.’Bigg Boss 15′ airs on Colors.

Naga Chaitanya’s special ‘Thank You’ message on his birthday