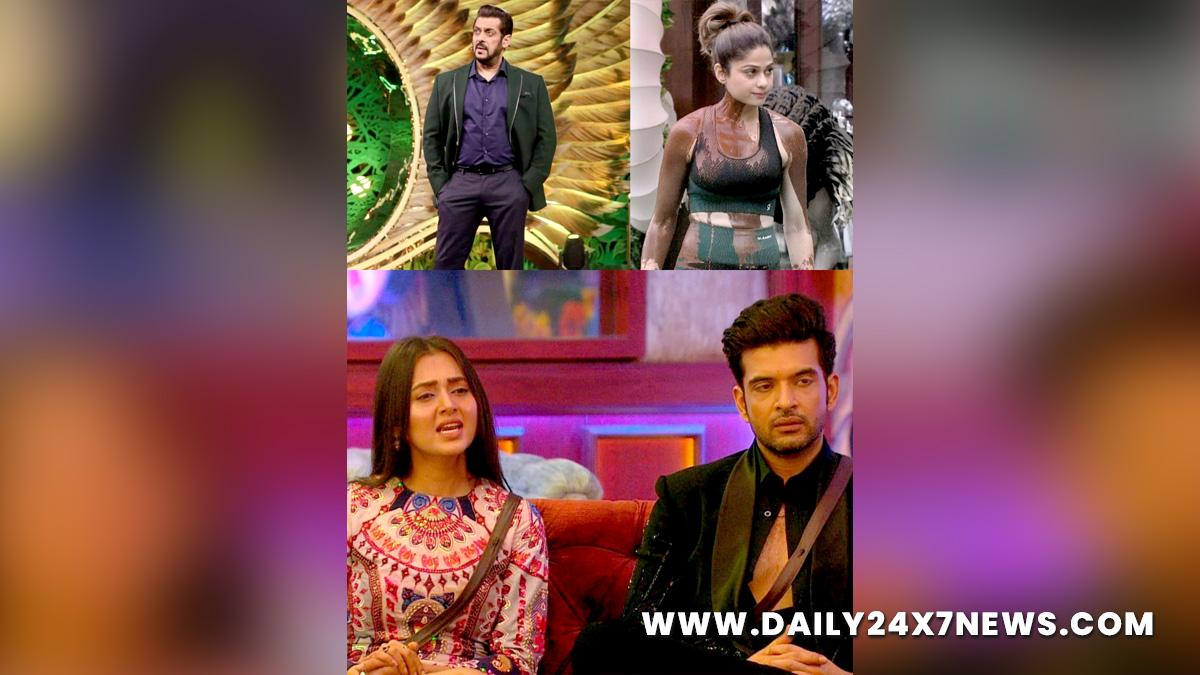 Mumbai : The ‘Weekend Ka Vaar’ episode of ‘Bigg Boss 15’ will see host Salman Khan scolding Karan Kundrra and Tejasswi Prakash.The wild card contestants that include Rakhi Sawant and her husband Ritesh, Rashami Desai and Devoleena Bhattacharjee have been made VIPs, while the rest of the contestants inside the house are Non-VIPs.Salman scolds the contestants saying that “in your season I have to bring contestants from the previous season.” He also asks Karan is he just lost in love?He says: “I can’t see even a single winner here. In this season everyone looks like false and a liar.” Tejasswi tries to put her point and defend everyone, but gets a straight forward reply from Salman: “You guys do not stand a chance!”Furthermore all the VIPs have to choose the contestant they want to show the mirror to by pouring mud all over them. Devoleena points out Tejasswi for not having any game apart from her closeness with Karan.

On the other hand, both Rashami and Rakhi choose Karan for losing his focus in the game after getting involved with Tejasswi. Rakhi reveals how she thought he would emerge as the winner before Tejasswi as she completely diverted his attention.Salman agrees with Rakhi and says: “Seems like you are having your holidays Karan. What happened?”The task continues as Devoleena targets Shamita for being two-faced. Shamita confronts Devoleena, leading to another fight. Salman asks Devoleena why she called Shamita ‘two-faced’.Ravi Kishan and Ravi Dubey appear on the show to promote their new web series ‘Matsyakand’.Both give tasks to the contestants to choose an appropriate name and Shamita calls out the name of Devoleena as someone who shouldn’t be taken seriously, while Umar Riaz points out Rakhi’s husband in the show.’Bigg Boss 15′ airs on Colors.

Dangerous to be an actress with the Taliban around: Leena Alam